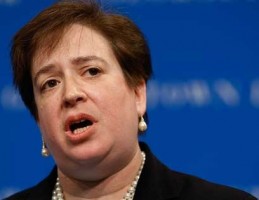 News broke last night that President Obama would be announcing Elena Kagan as his nominee for the US Supreme Court, replacing Justice John Paul Stevens, who announced his retirement last month. While Kagan is a familiar name in both legal and news circles, the interest in who she is has “gone wide” so to speak. So following is a primer of some talking points one can expect to hear in the coming day. And no, do not expect a reprise of the “Wise Latina” meme.

There is a pretty accepted consensus that Kagan is an incredibly well regarded judicial scholar, and her resume appears to support that claim. She is currently the Solicitor General of the United States, and is the first woman to hold that office. She was also the first female Dean of Harvard Law School. Perhaps most notably in the confirmation hearings, she will be the first nominee in over 40 years to not have practical experience on the bench.

Though her judicial resume is thick, there are several issues that are most likely to become talking points in the coming weeks and months:

Her Judicial statements and writings are sure to be poured over by researchers on both left and right, and she appears to be fairly well accepted as a moderate voice. Some of her most notable statements include:

The New York Times has a terrific and more in-depth summary of Kagan’s positions on some of the more hot-button issues of the day, including warrantless wiretaps (rarely), same sex marraige (“no federal right”), and the Second Amendment (she respects individual’s rights to bear arms).