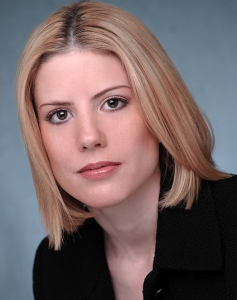 Democratic political analyst Kirsten Powers is not afraid to call them as she sees them, and in a Daily Beast column Wednesday afternoon, she blasted her friend (and ex-boyfriend) Rep. Anthony Weiner (D-NY) for “sociopathic lying,” misogyny, and predatory behavior. In an interview with Mediaite, Powers gives her take on liberal suggestions that Weiner’s resignation should hinge on the disposition of Republican scandals like David Vitter‘s, and the notion that Weiner’s scandal lacks the hypocrisy of Republican sex scandals.

In her Daily Beast column, Powers spoke emotionally about being manipulated by Rep. Weiner into defending him, based on lies:

In short, he was a friend whom I cared for very much, even if I thought he had issues he needed to deal with. It was because of this friendship that I believed him when he told me last week that he had done nothing wrong. In an email to me he wrote: “Why not to call the cops: Personal account, no federal case, we don’t know yet what they got, I didn’t send it, statements on sat, sun, monday, the girl said she doesn’t know me, I don’t know her. The people I follow are all people who ask. We’ve hired a law firm but not to protect me, to put together the team to figure out how we prevent and maybe civil or criminal next steps. We don’t know where this photo came from. We have theories. Until we know for sure we open up legal hornets nest if we say.”

He knew I was going on the show Hannity, where I would use this false information to defend him in front of millions of people. I did, and I regret it.

Her strongest condemnation, though, concerns what she calls Weiner’s “predatory behavior,” calling it “classic sexual harassment.”

“We know only about the women who were responsive to his overtures,” Powers said. “The odds are very high that he struck out with many, and other women were victim to his unsolicited sex talk.”

In fact, this scandal was touched off by what we now know was an unwelcome Twitter message, featuring an underwear-shrouded erection, to Gennette Cordova, a 21 year-old Seattle college student whom Weiner admits did not solicit it. Weiner characterized the tweet as a “joke,” which many women have pointed out is exactly the kind of deluded excuse used by IRL sexual predators like this subway pervert.

Cordova has maintained all along that she never had any inappropriate contact with Rep. Weiner, a fact buttressed by her real-time reaction to the photo.

While elected Democrats have begun to call for Weiner’s resignation, liberal commentators have been quick to point out the lack of such calls by Republicans surrounding scandals involving the likes of David Vitter and John Ensign. They have also pointed out that Weiner’s scandal involved no actual sex, and that Weiner, unlike some of his Republican counterparts, never campaigned as a “family values” candidate. I asked Powers if she found either argument persuasive, what she thought of Weiner’s sex chat, and how she felt about Andrew Breitbart’s involvement in the story.

Tommy Christopher: How do you view Rep. Weiner’s actions, in context with other sex scandals involving the likes of Sens. David Vitter and John Ensign?

Kirsten Powers: What I find distinctive about what happened with Anthony is that it wasn’t an affair, it wasn’t, you know, a one-time event, it was predatory behavior. And it was behavior that was done in his official capacity. He wasn’t doing this as an anonymous person. He was doing this where you have people who saw him on TV or thought he was a good Congressman or whatever going to him and saying, “Oh, you’re such a great fighter for Democrats, Congressman Weiner.” And then he was using that position to, sort of, being predatory on the internet and I can’t remember which woman said it. She said, “I just want to talk politics,” and then it started getting creepy. So he’s using his official division, he’s not doing this, as much as he wants to say it’s in a private capacity, I highly doubt these women would have been talking to him if he wasn’t a Congressman.

“I can tell you as a woman who has received very inappropriate things from people who have more power than me, it’s very intimidating. “

The sending the picture to the girl, to me it’s like sexual harassment. He’s a Congressman, she’s a student. He has tons of power. She looks up to him.

I can tell you as a woman who has received very inappropriate things from people who have more power than me, it’s very intimidating. And you often don’t even tell anybody because you’re so frightened of what this person could potentially do to you. And so, there’s a kind of harassment predatory aspect to this.

TC: The thing I want to know about the discussion of Ensign and Vitter and those guys is, do you think that even belongs in this discussion? Do you think that’s sort of a non-sequitur? Do you have any objection to people bringing it up?

KP: It’s not a non-sequitur in the sense that I brought it up, actually, when I initially said he shouldn’t resign. You know, I think I did after he lied to me, but prior to me understanding how extensively he had lied in the media. So, even though he had lied to me, actually, I was kind of saying, “Whatever, you know, people lie about sex scandals.”

It’s not that Anthony Weiner shouldn’t resign because David Vitter didn’t resign, even though that it’s sort of the conclusion I think, you can draw from it. I did bring up the David Vitter thing, but I brought it up in this context. I don’t want to listen to Republicans preach about this. You know what I mean?

“…liberals are supposed to be the feminists, the ones who stand up, you know, against misogyny, against predatory behavior against women, I mean, feminists used to do that, right?”

But upon more reflection, the point just is, “Shut up, Republicans.” We’re really not interested in listening to you on this stuff. Look at your own people. You know, “get off your high horse.” And that’s what I said on Greta. I said, “Get off your soapbox. David Vitter’s a Senator. Don’t start talking to us about how…” Because we keep hearing from Republicans, “Oh, we police our own party. Oh, we don’t have people like that.” That’s the aspect that I think is what you need to respond to, to bring up David Vitter in that context.

No wonder Americans hate Washington. I don’t cheat on my husband because other people cheat on their husbands. I mean, that’s not, that’s not a justification.

TC: What do you think about the idea that Weiner isn’t as bad as GOP politicians in sex scandals because he doesn’t preach family values?

I think if he had an affair, that actually is a valid argument. But this isn’t about family values. This is about liberals are supposed to be the feminists, the ones who stand up, you know, against misogyny, against predatory behavior against women, I mean, feminists used to do that, right?

When he sent that picture to that girl, it was not consensual. She did not ask for that picture. I don’t understand even how people can’t see that it’s so obviously sexual harassment. It’s not sexual harassment in a legal sense, she’s not working for him, but it is a person of power, and influence, doing something that is hostile to somebody who did not ask for this. It’s just kind of confusing to me. That has nothing to do with family values, and everything to do with what kind of standards do we have for members of Congress or members of the Democratic party in terms of how they treat women? And this seems to me to be kind of what the state of values of liberals are.

“It’s not about women having sex and people find that titillating. It’s about “I’m gonna gag this woman, she’s not going to be able to breathe.””

And then, I also think that I personally found that sex chat that he had to be misogynist. I’ve had liberals tell me, ‘Oh, no, it’s just normal or whatever.’ Common, maybe. But I wouldn’t call it normal.

(Powers is referring to an explicit sex chat with a Las Vegas blackjack dealer.) TC: But people say things in dirty sexts that they would never say or do in real life.

TC: So do you think the dirty talk, out of context, might not be so bad, but when you fit it together with everything else, is that what aggravates it?

It’s not about women having sex and people find that titillating. It’s about “I’m gonna gag this woman, she’s not going to be able to breathe.”

Do you want a leader who… I mean, if that was the only thing he did, then should he resign? I guess not. I don’t think he should be reelected. But that’s not the only thing he did. We have a whole pattern here of an attitude towards women that’s extremely troubling. And then, we have the… sociopathic lying. It’s not like your standard kind of… you know, I did an interview this morning with Curtis Sliwa, and he said, ‘Oh, Kirsten, you worked in politics, you know they’re all crazy. How does this compare to that?’

Yeah, exactly. They’re all nuts. But this is so far beyond like what you would expect.

TC: What do you think about Andrew Breitbart‘s role in all of this?

KP: I think that there was a time, a pre-Breitbart stage when he (Rep. Weiner) would have gotten away with it. And I think it’s a very sad commentary on the media that they are very diligent in writing a front-page story about John McCain maybe possibly could have maybe had an affair that he didn’t have, but that John Edwards, they just have no interest in it. Maybe in this situation, it would have just, he could have gotten away with blaming a right-wing conspiracy and everybody would just be on their way, so that’s all the Republican’s fault. So I think it’s just another sad commentary on the media.