Facebook, Apple, Spotify Crack Down on Alex Jones and Infowars 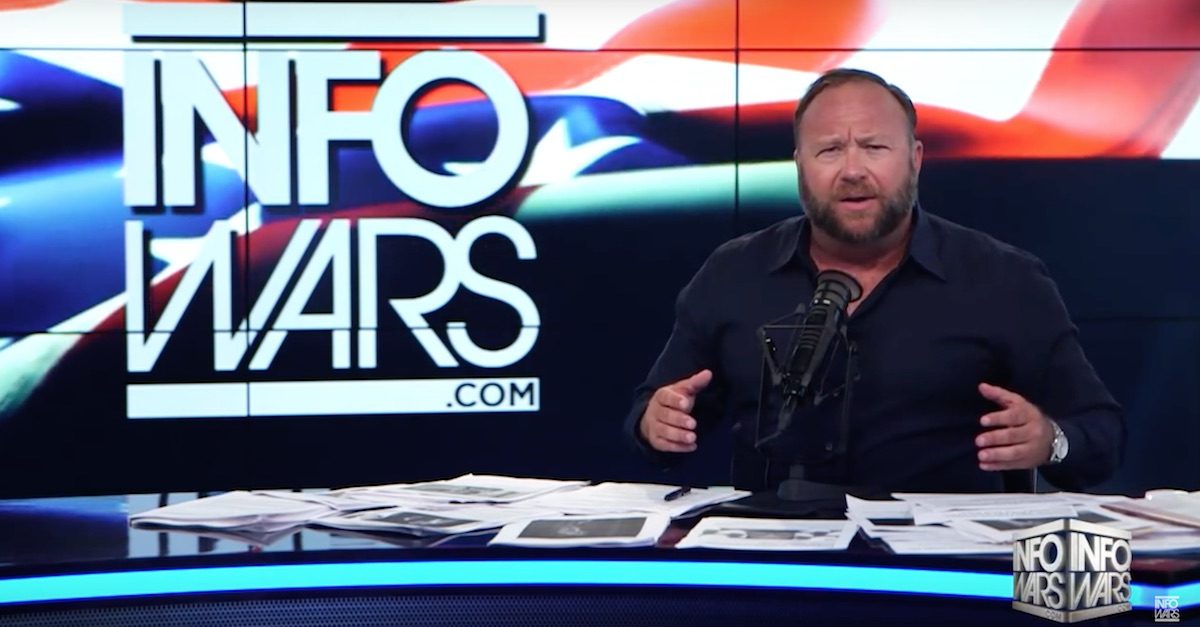 Apple removed most of Infowars’ podcasts from iTunes, Facebook banned four pages run by Alex Jones, and Spotify removed Jones’ show in a multi-platform crackdown on the conspiracy theorist and his popular website.

BuzzFeed News reported that Alex Jones’ website, home to batty conspiracy theories and Super Male Vitality – a $59.95 vial of a substance you apply to your penis – had six podcasts hosted on iTunes and Apple’s Podcast app, including the flagship Alex Jones Show. Five of those, and their entire libraries, were removed on Sunday night.

“Apple does not tolerate hate speech, and we have clear guidelines that creators and developers must follow to ensure we provide a safe environment for all of our users,” an Apple spokesperson told BuzzFeed. “Podcasts that violate these guidelines are removed from our directory making them no longer searchable or available for download or streaming. We believe in representing a wide range of views, so long as people are respectful to those with differing opinions.”

One Infowars podcast remains on the platform: “Real News With David Knight”.

Meanwhile, The Guardian reported Monday morning that Facebook, after much pressure, had banned four Jones-run pages (the Alex Jones Channel Page, the Alex Jones Page, the Infowars Page and the Infowars Nightly News Page) from its platform. That comes after Jones received at 30-day ban on his personal page.

“More content from the same pages has been reported to us – upon review, we have taken it down for glorifying violence, which violates our graphic violence policy, and using dehumanising language to describe people who are transgender, Muslims and immigrants, which violates our hate speech policies,” a Facebook spokesperson told The Guardian.