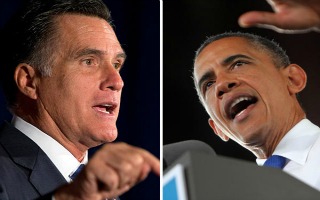 With the first debate of the general election approaching, surrogates and campaign staffers for both President Barack Obama and GOP presidential nominee Mitt Romney have been conspicuously talking down their candidate’s prospects for success. At times, the effort to manage voters’ expectations has verged on the comical. The intention of the expectations game is to convince voters that it will be a respectable night if their candidate manages to avoid passing out on camera or breaking down in tears amid a tough line of questioning. But the voters do not seem to be listening. They have a set impression in their minds, and at least one poll suggests that impression is that the President holds a distinct advantage over Romney heading into the debates.

The debate expectations game has been especially transparent this cycle. On Sunday, President Obama’s campaign manager David Plouffe said that the media was rooting for Romney to win big on Wednesday night. The media is eager to write the “Romney comeback story,” said Plouffe. Last week, Ohio Sen. Rob Portman, Romney’s debate preparation partner responsible for playing the president in mock debates, told the press that Obama is an “effective debater” and would present a “formidable challenge for Romney.”

Only New Jersey Gov. Chris Christie has refused to play the expectations game, saying that Romney is likely to “shake things up” on Wednesday.

But the public does not seem to be listening to the professional politicians managing performance expectations. Aside from showing Obama leading Romney by 50 to 41 percent among likely voters, a Washington Times/Zogby poll released Sunday shows 49 percent of voters believe that President Obama is more likely to win Wednesday night’s debate while only 26 percent said the same of Romney. Among independent voters, 46 percent say Obama will win compared to just 17 percent for Romney.

But what would you expect? The past four months of political news coverage have focused on Mitt Romney as a spectacular gaffe machine. Starting during his trip abroad and accelerating over the course of the general election campaign, the media’s focus has been almost entirely on the GOP nominee’s misstatements, poor phrasing or offensive off-hand remarks. Rarely has Romney’s policy preferences been the subject of extended debate.

So, one consequence of four months of wall-to-wall “what about your gaffes” Romney coverage is that the public was paying attention. The general public now believes Romney to be rather mistake-prone. This condition does not work in the president’s favor heading into debates. The bar for success for Romney is that much lower. With the potential for Romney to offer Obama a $10,000 bet or insist that cancer patents have things too easy notwithstanding, Romney is likely to outperform expectations. That is exactly where you want to be. Obama, however, has to land a knockout blow against Romney to exceed the public’s expectations.

This first debate is Romney’s to lose before the two have even stepped on stage.