Fair or Biased? Study Reveals CNN is the Google Algorithm’s Most Trusted Name CNN appears to be the most trusted name in media — if you use Google as your search engine for news. In fact, a recent audit study by the Computational Journalism Lab at Northwestern discovered that CNN leads the digital pack by percentage of impressions, ahead of the New York Times and the Washington Post.

In a time where Facebook’s algorithm and view of news traffic on their own platform has soured once-thriving independent publishers, Google for the moment holds a monopoly when it comes to routing the majority of referral traffic.

That means that 23 percent of all news articles seen by way of Google referral come from just three sources, according to the study. CNN holds a strong 10.9% while the New York Times clocks in at 6.5% as WaPo trails at 5.6%.

Nicholas Diakopoulos, an assistant professor at Northwestern University, served as lead researcher for the audit and detailed how he and his team determined the favorable search results in a story for the Columbia Journalism Review:

To audit Top Stories, we scraped Google results for more than 200 queries related to news events in November, 2017. We selected the queries to test by looking at Google Trends every day and manually choosing terms related to hard news events. These included names of people in the news such as “colin kaepernick,” breaking news events such as “earthquake,” and issue-specific queries such as “tax reform” or “healthcare gov.” We set up our scraper to minimize the potential for result personalization (the process by which Google tailors its search results to an account or IP address based on past use), and ran each query once per minute for a full 24 hours.

In total, we collected 6,302 unique links to news articles shown in the Top Stories box. For each of those links we count an article impression each time one of those links appears.

The data shows that just 20 news sources account for more than half of article impressions. The top 20 percent of sources (136 of 678) accounted for 86 percent of article impressions. And the top three accounted for 23 percent: CNN, The New York Times, and The Washington Post. These statistics underscore the degree of concentration of attention to a relatively narrow slice of news sources.

Rounding out the top five were Fox News and the BBC. ABC, CBS, NPR, NBC, and CNBC all fell in the middle of the list with a similar percentage of impressions.

At the bottom of the top 20 list were the Huffington Post, The Verge, Al Jazeera, The Hill and People, respectively.

It would make sense that Google would only suggest news platforms with the heaviest traffic. And to be clear, the news website with the highest amount of unique visitors, CNN.com, remains a digital force to be reckoned with under the Turner Digital umbrella, boasting a combined 147 million, according to Comscore Media Metrix.

So it makes sense that CNN would place atop the Google pile — though one has to wonder how much of a role the search engine plays in the outlet’s traffic success. FoxNews.com, which has seen its traffic increase in recent years, clearly ranks second in this category behind CNN (101.5 million), outpacing the likes of New York Times Digital (96 million), and WashingtonPost.com (82 million) despite falling behind in Google impressions.

Much like Facebook, Google’s official algorithm strategy is cloaked in secrecy, which doesn’t help the social giants when claims of anti-conservative bias litter the landscape and have become further publicized by statements from President Donald Trump.

The situation bothered the executive branch so much that last week the White House launched an official survey in search of potential anti-conservative bias by any tech industry by — ironically — releasing the survey via social media.

“The Trump Administration is fighting for free speech online.” The tweet continues that “no matter your views, if you suspect political bias has caused you to be censored or silenced online, we want to hear about it!”

The survey does not outline how the information gathered will be used or if it will be followed-up on.
“Prior research has shown that search engines can affect users’ attitudes, shape opinions, alter perceptions and reinforce stereotypes, as well as affect how voters come to be informed during elections,” Diakopoulos wrote in the study.

“As such, media diversity is an important aspect to the way that Google—or any news aggregator—curates sources and perspectives.” 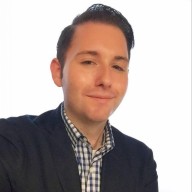