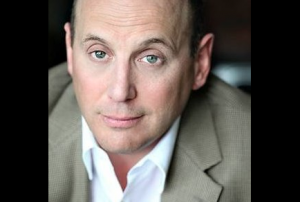 Questions about Hillary Clinton‘s health have been thrown around on the right for years, but in the last week, Sean Hannity really took it to the next level over the last week. He showed a video of Clinton making funny head motions, claiming it looked like a seizure. It wasn’t a seizure at all, but was rather a joke that made more sense in the moment and in context. Still, Hannity pushed on with it so vigorously that Brian Stelter called him out yesterday.

This morning, Hannity got called out yet again. This time, Newsweek‘s Kurt Eichenwald was the one handing out the burns. His article is titled, “Sean Hannity: Apologize to Those With Epilepsy or Burn in Hell.” The fury continues below the headline, too.

First, he came for Hannity, his contemporaries, and his viewers:

A man who purports to be a dutiful Catholic, Hannity has made a career out of violating the ninth commandment (or eighth in his faith) against lying about others. If Hannity stopped vomiting up falsehoods, his program would be nothing but a test pattern. From him and the others in the “Who cares if it’s false?” conservative media camp, we have heard over the decades that Hillary and Bill Clinton murdered many people, that the Bush administration found weapons of mass destruction in Iraq, that Obama could be on the verge of declaring martial law, and on and on.

They are pretend journalists pumping out propaganda to scared, foolish people.

Next, he delivered a nasty, vulgar blow:

I know this response to Sean Hannity is a little raw, but as someone with epilepsy, I hope my editors will let this slip through: Fuck you, Sean. Your willingness to deceive your viewers—to degrade those of us with epilepsy, to suggest something is a seizure when it looks nothing like one, to leave people dumber about this condition—is unforgivable.

What kind of seizure do you think it was, Sean? Jacksonian? Tonic-clonic? Atonic? Complex-partial? You have no idea, do you Sean? You don’t even know what any of that means. You just used spat it out, and in the process made the lives of tens of millions of people who deal with this condition on a daily basis just a little more dangerous and a little more unpleasant.

He went on to describe his own experiences with the disease, claiming that Hannity’s flippant, unprofessional armchair diagnosis could really hurt others who have it. He explained that because of misconceptions perpetuated by popular culture, people who have thought they were helping him as he seized only hurt him more. He revealed he was kicked out of college for scaring people with his seizures. Finally, he called on Hannity to make a donation to the Epilepsy Foundation or give a formal apology before ending the piece with a warning to the proud Catholic that he could end up burning in hell for the way he acted for the last week.

The editors did allow his vulgarity to slip through, as he wrote that he hoped they would. While what he wrote is an opinion piece, it’s still interesting that they allowed such harsh words to be said. Is this a new media war? Newsweek vs. Fox News? Eichenwald vs. Hannity? At the moment, it looks like it could be.