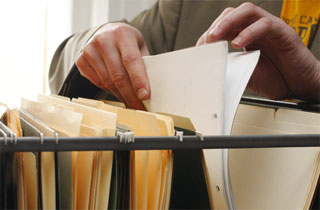 Journalists attempting to investigate the shooting death of Michael Brown are running into an obstacle — namely, that the city of Ferguson and other Missouri government institutions are being incredibly reluctant to release any documents under the state’s Freedom of Information Act. And by “reluctant,” we mean “charging exorbitant fees running into the thousands of dollars for any documents pertaining to Brown’s death.”

The AP reported that the majority of news organizations are running into the same price-gouging issue everywhere, and in some cases, report that they’re being charged “nearly 10 times the cost of” a government employee’s salary to retrieve government records. Under Missouri state law, the documents may be released to news outlets free of charge, or with a nominal fee to cover the costs of printing and shipping documents, if it was “determined the material was in the public’s interest to see.”

So far, however, the cost has run into the thousands of dollars for some places, with little explanation as to why (copying fees, etc):

Organizations like the website Buzzfeed were told they’d have to pay unspecified thousands of dollars for emails and memos about Ferguson’s traffic-citation policies and changes to local elections. The Washington Post said Ferguson wanted no less than $200 for its requests…Ferguson told the AP it wanted nearly $2,000 to pay a consulting firm for up to 16 hours of work to retrieve messages on its own email system, a practice that information technology experts call unnecessary.

Most experts agree that their high fees are a stalling tactic to prevent further inquiry into Brown’s death. “The first line of defense is to make the requester go away,” Rick Blum, who coordinates the Sunshine in Government Initiative, told the AP. “Charging exorbitant fees to simply cut and paste is a popular tactic.”