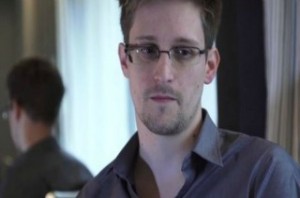 You’d think it would be extraordinarily hard for someone to reach Edward Snowden right now via e-mail*, but apparently a former United States senator was able to do just that. Gordon Humphrey, a Republican who represented New Hampshire for two Senate terms, managed to e-mail Snowden and thank him for “doing the right thing” by exposing classified NSA surveillance programs. Guardian journalist Glenn Greenwald confirmed the e-mail was from Humphrey, and includes the text of Snowden’s response, in which the NSA whistleblower defiantly states that the U.S. government will never be able to drag anything out of him, no matter what they do to him.

RELATED: Greenwald Blasts Melissa Harris-Perry On Twitter: ‘Sorry I Forced You’ To Focus On Snowden Instead Of NSA

While there is some Republican outrage over the NSA programs, the reaction amongst Congressional Republicans has mostly ranged from dismissiveness to simply staying mute. But Humphrey cites his experience serving on a number of Senate committees to lend some credibility to his assertion that Snowden is doing the right thing. He wishes Snowden luck in attempting to secure asylum and avoid returning to the United States.

Greenwald followed up with Humphrey, and got a reply in which Humphrey decries the way in which Snowden’s personal drama has drowned out the nature of his revelations.

I object to the monumentally disproportionate campaign being waged by the U.S. Government against Edward Snowden, while no effort is being made to identify, remove from office and bring to justice those officials who have abused power, seriously and repeatedly violating the Constitution of the United States and the rights of millions of unsuspecting citizens.

Snowden writes in his reply that the media seems to prefer a narrative with a “bad guy,” and boasts that he “will not hesitate to wear those charges of villainy for the rest of my life as a civic duty.” It isn’t just Snowden, however, who’s faced the provocative “villain” charge, people have been giving Greenwald flak for a statement he made in an interview about what would happen if anything were to happen to Snowden. For his part, Greenwald dismissed the controversy as absurd in a piece for The Guardian.

Snowden makes it clear the information he has cannot be so easily obtained by the United States or any intelligence agency.

Further, no intelligence service – not even our own – has the capacity to compromise the secrets I continue to protect. While it has not been reported in the media, one of my specializations was to teach our people at DIA how to keep such information from being compromised even in the highest threat counter-intelligence environments (i.e. China).

You may rest easy knowing I cannot be coerced into revealing that information, even under torture.

*Actually, you can read about the e-mail service Snowden is using here.