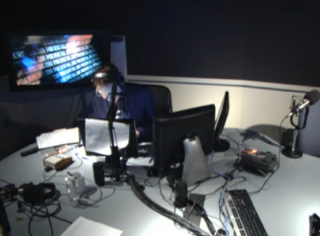 Former Massachusetts Governor Michael Dukakis has no good words for former Massachusetts Governor Mitt Romney. On Alan Colmes‘ radio show last night, Dukakis argued that the economy of the state under Romney was “a disaster,” as their economy as a state was “one of the worst economic records in the country,” and that Romney himself was a “fraud” who would “twist himself into a pretzel” for a vote.

RELATED: George Will On Romney: The Republicans Have Found Their Michael Dukakis

“We heard this stuff when he was elected governor,” Dukakis argued of Romney’s claims that he knew small business and he knew how to run the economy. “He was a disaster… Massachusetts had one of the worst economic records in the country,” Dukakis argued, making the point that “there’s a reason why Romney is 25 points behind Obama in Massachusetts,” and it wasn’t because it was a deeply blue state (“we voted for Reagan twice”). Instead, he argued that because “people saw him in action here… they just don’t like him.”

Colmes made the point that this could be why Romney “wants to run on his record at Bain, not as governor,” and Dukakis added that he has a hard record to campaign against given the way other Massachusetts governors have handled the economy. He did not, however, evoke his own record– he noted that Deval Patrick was the Democratic mayor that humiliated Romney. “The current governor is running rings around him,” Dukakis argued, complaining that Massachusetts was full of “rusting bridges” and “pothole roads” in a truly “unbelievable way.”

“This is a guy who will do virtually anything if he thinks it will get him a vote– that’s just the sad fact of the matter,” Dukakis lamented, adding that he was a big fan of George Romney and expected his son to be a “junior version of his father.” Instead, he got “an incompetent governor with a terrible economic record… who will twist himself into a pretzel” to win an election.

The comments against Romney for being a Republican whose policies he opposed are not shocking– Dukakis is first and foremost a Democrat, one that has carried the mantle of his party as presidential candidate, and his support for President Obama makes sense. But the attacks on Gov. Romney, the man who ran the state Dukakis was governor of, for being bad at a job Dukakis is not particularly known for excelling it. According to reports from 1988, President George H.W. Bush attacked Dukakis vociferously for leading Massachusetts to 40th out of 50th place in job growth, an economic downturn that led to the loss of many manufacturing jobs, according to the Labor Department. His record didn’t mean he lost Massachusetts to Bush 41, but he won by less than ten points in the bluest state in the country. In other words, there’s a reason Deval Patrick was Dukakis’s go-to example of a successful Democratic Massachusetts governor, and not himself.

The clip via Alan Colmes’ radio program below: