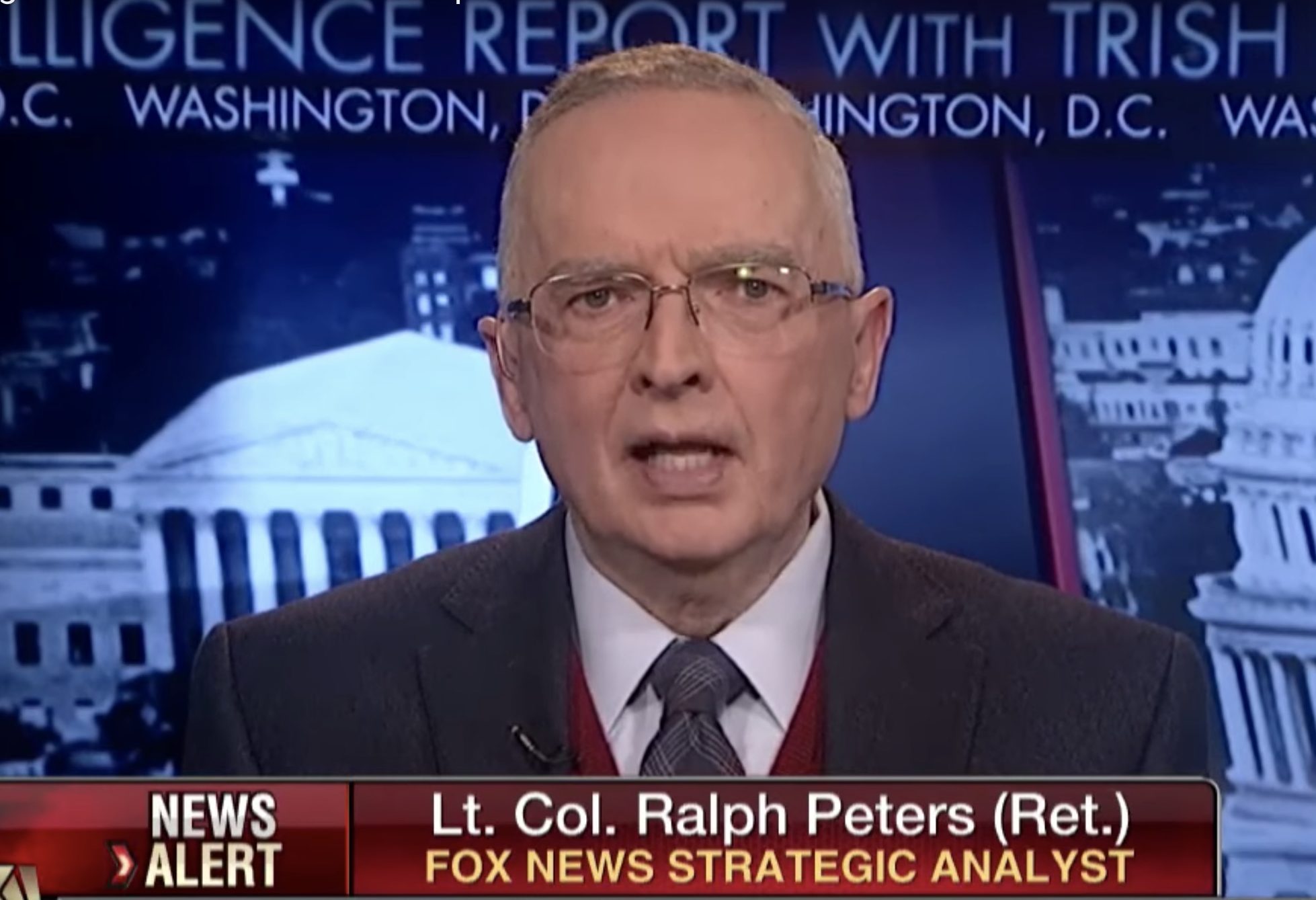 Fox News Strategic Analyst Ralph Peters — a longtime contributor to the network who frequently appeared across various programs to discuss matters of national security — sent an email announcing his departure from the network.

And in it, he absolutely scorched the earth.

As reported by Buzzfeed, Peters railed against the network — calling it a “propaganda machine” for President Donald Trump‘s “ethically ruinous” administration.

“I feel that Fox News is assaulting our constitutional order and the rule of law, while fostering corrosive and unjustified paranoia among viewers,” Peters wrote. “Over my decade with Fox, I long was proud of the association. Now I am ashamed.”

He added, “In my view, Fox has degenerated from providing a legitimate and much-needed outlet for conservative voices to a mere propaganda machine for a destructive and ethically ruinous administration.”

Peters, who before the Trump administration was known for his harsh criticisms of President Barack Obama’s foreign policy, proceeded to unload on Fox News’s primetime hosts — Tucker Carlson, Sean Hannity and Laura Ingraham — for “scaremongering” and “wittingly harming our system of government”:

When prime-time hosts–who have never served our country in any capacity–dismiss facts and empirical reality to launch profoundly dishonest assaults on the FBI, the Justice Department, the courts, the intelligence community (in which I served) and, not least, a model public servant and genuine war hero such as Robert Mueller–all the while scaremongering with lurid warnings of “deep-state” machinations– I cannot be part of the same organization, even at a remove. To me, Fox News is now wittingly harming our system of government for profit.

He does make a point of saying, “I do not apply the above criticisms in full to Fox Business, where numerous hosts retain a respect for facts and maintain a measure of integrity.”

A Feb. 24 segment, in retrospect, might have provided a window into Peters’s thinking. In that segment, he went off on defenders of AR-15s.

“Having those weapons in civilian hands is absolute madness,” Peters said.

The complete email is truly stunning to read and can be found at Buzzfeed News.

UPDATE 5:31 PM ET: In a statement to Mediaite, Fox News said the following:

“Ralph Peters is entitled to his opinion despite the fact that he’s choosing to use it as a weapon in order to gain attention. We are extremely proud of our top-rated primetime hosts and all of our opinion programming.”