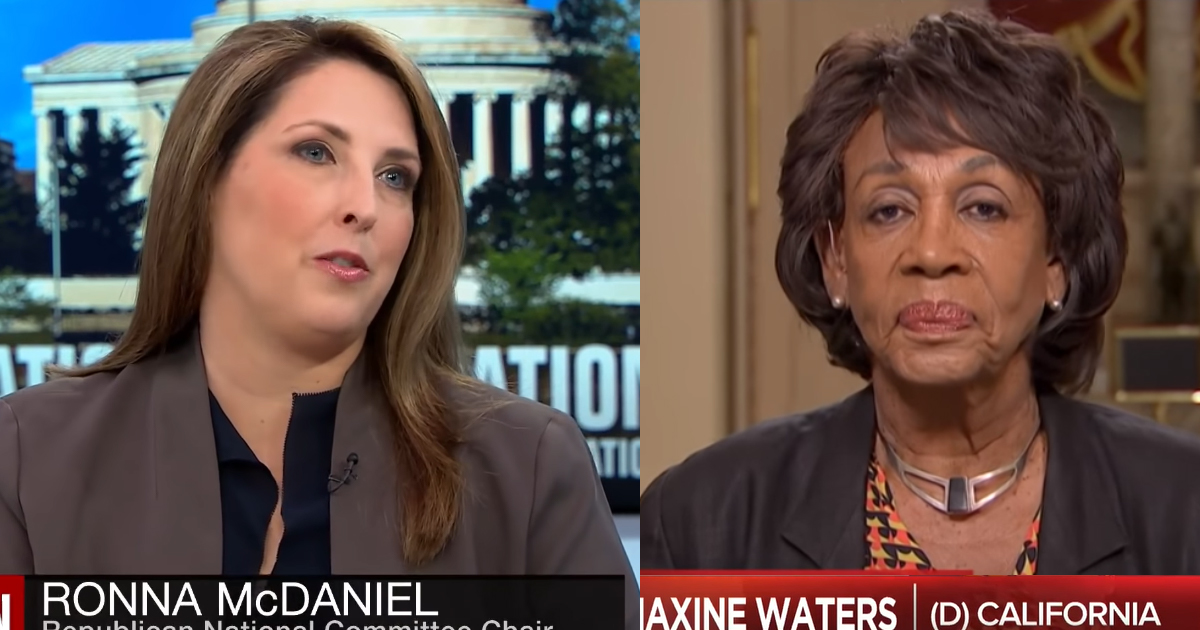 On Monday night, Sen. Ted Cruz (R-TX) was harassed out of a restaurant by “unhinged” protesters while having dinner with his wife. On Tuesday, GOP Chairwoman Ronna McDaniel tweeted about it.

The Democrat Party of Maxine Waters is completely unhinged. https://t.co/P8ZvP9zgf5

“The Democrat Party of Maxine Waters is completely unhinged,” said McDaniel about the incident.

Rep. Maxine Waters (D-CA) has repeatedly called for and supported public harassment of GOP members and people who work for the Trump administration. But she is not alone.

The GOP released a video, titled “Unhinged”, showing clips of violence mixed with clips of speeches and comments from prominent democrats earlier this year.

The word unhinged will show up a lot more between now and election day.