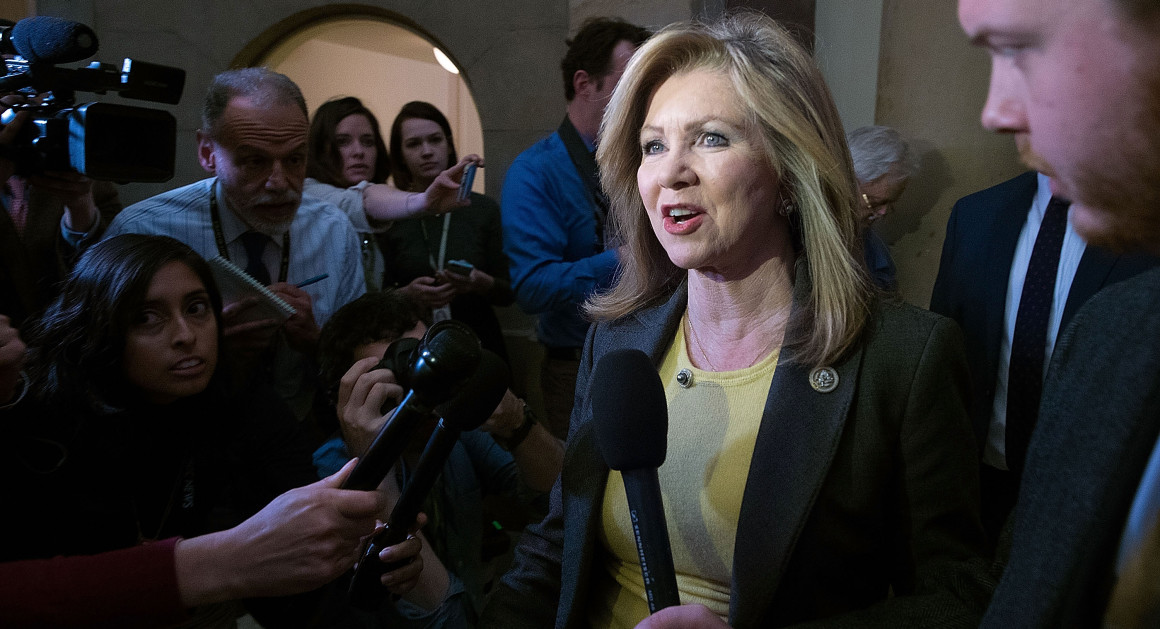 Republican Sen. Marsha Blackburn, a staunch President Donald Trump ally, got called out on Twitter for baselessly speculating about Lt. Col. Alexander Vindman and the whistleblower.

The Tennessee senator said that Vindman was the whistleblower’s “handler, without providing evidence for her assertion.

Vindictive Vindman is the “whistleblower’s” handler.

Vindman had testified he does not know who the whistleblower is during his hearing this week. Journalists and commentators quickly went after Blackburn for her claim, calling it a “disgraceful smear” against an active-duty military officer.

This is a disgraceful smear against a serving U.S. military officer and combat veteran from a United States Senator.
Just another day in Trump’s Republican Party. https://t.co/UW7F0optk9

Hi Tennessee friends. This is your junior senator. This is not how we treat decorated members of the military in our part of the country. Please flood her with calls demanding that she issue a full, public apology to Lt. Col. Vindman and hold her accountable. https://t.co/OJq7Tpc37T

The Trumpification of the GOP has been completed. https://t.co/la98NDB8er

FWIW, this is rank speculation based upon publicly available evidence — from a U.S. senator.

And Vindman testified under oath that he doesn’t know who the whistleblower is. https://t.co/21Y6Yy6q6o

This is the thanks you get from a U.S. Senator when you receive a Purple Heart? @MarshaBlackburn You’re a disgrace. https://t.co/9x0dxFsmaA

The man you call “Vindictive Vindman” has shrapnel in his body because he served this country protecting you from terrorist attacks. https://t.co/es7zdKJz3M

And you don’t know anything about the whistleblower, Senator. Ignorant, disgraceful comments attacking heroes who put on the uniform do not help anyone. https://t.co/ew9DcHMK34

This folks is a United States Senator. One of only 8 GOP female Senators. I am at a loss to why any US Senator would attack a decorated War HERO and smear him like this. #LtColVindman is an honorable man. He testified in response to a Congressional summons. #Whistleblower https://t.co/yQs0ko5jx8

putting an asterisk next to “respect our troops” https://t.co/51SCZOlLwd

A sitting senator is attacking an Iraq War veteran with a Purple Heart.

Can the GOP sink any lower? https://t.co/13sZysszA8

This is not only harmful, it is calling Vindman a criminal, as he testified under oath that he doesn’t know who the whistleblower is. Curious if the Senator would be willing to swear-in before making such an inflammatory statement. https://t.co/9BoCF9a0zj

Pretty startling to see this. https://t.co/4GzbolBpBx