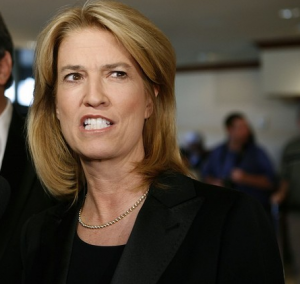 We couldn’t help but be delighted by Greta Van Susteren‘s recent blog post – “OMG…this IS a bit silly …can we stop the hand wringing over Keith Olbermann?” – weighing in on this whole Keith Olbermann kerfuffle. (Hadn’t you heard? He found out he had a long-lost half-sister in Milwaukee.) (JK.)

Van Susteren, frustrated with what she sees as the media’s overwrought “hand wringing” over Olbermann’s departure from MSNBC, did not mince words when it came to letting her readers know where their focus should lie:

Keith Olbermann did not die. He either quit or got fired. He had a good run at MS/NBC and will probably pop up some place else in the future. The silliness in the media over his departure is growing more pathetic by the day. The lugubrious statements and hand wringing about his exit are bizarre. Being a cable news anchor is not heroic. It is a very easy job and we get paid very handsomely for it (even when we get fired!)

So…to all those wringing their hands when anyone comes or goes, including Keith Olbermann, get over it!

Of course, it isn’t clear whether or not Olbermann was fired from Countdown, left of his own accord, or came to some sort of mutual agreement with the powers that be at MSNBC (perhaps after “borrowing” a stapler or some Post-Its or a water cooler from the network’s offices), but one thing is for sure: Van Susteren does not want to hear us talk about it.