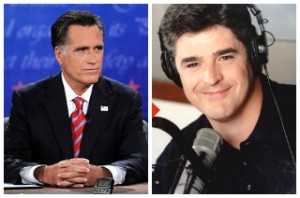 As new information emerges about last September’s attack on the U.S. consulate in Benghazi, Fox News host Sean Hannity is seething that it took this long for the media–and some Republicans–to acknowledge the Obama administration’s “massive, massive failure and cover-up.”

On his radio show Monday, Hannity tore into the “mainstream, suck-up, kiss-ass media” for ignoring what he and his fellow conservative pundits knew all along. “This media, that is dead in this country” ignored the real story for eight months, and are now “finally” covering the Benghazi attack as he believes they should have been covering it since it occurred.

Hannity said that the “massive, massive failure and cover-up” by the Obama administration was all done for “political power.” He said the motivation was about “lying to maintain political power. Lying to the American people repeatedly to save Obama’s chances for re-election.”

To prove that he was up on the real story from the beginning, Hannity revealed that he sent off damning emails to unnamed members of the Romney campaign the night of the third and final 2012 presidential debate. In the previous debate, which came just over a month after the Benghazi attack, moderator Candy Crowley helped President Obama score a victory over his opponent by confirming that he did call the attack an “act of terror” the day after it occurred, contrary to Mitt Romney‘s assertions. By the third debate, Romney had apparently made the decision not to go on offense on Benghazi, a strategy praised by Fox News’ Dana Perino and others.

That night, Hannity said, he remembers writing to people in the Romney campaign, adding, “I did not mince words. I will tell you, honestly, I was cursing at them, calling them every name I could think of.” Hannity said he was “livid” that a “decision was made to play it safe.” That strategy plus the media “ignoring” the facts, Hannity concluded, ultimately “cost Romney the election.”

Despite the best efforts of some of the more conservative members of the media, the Benghazi attack never became a deciding factor in the 2012 election. That may be partly due to Obama’s perceived victory on the issue during that final debate, as Hannity evidently felt at the time, and let his Romney campaign contacts know.