Hannity to Kimmel: Trump and I ‘Don’t Have the Creepy Perverted Relationship’ You and Obama Must’ve Had 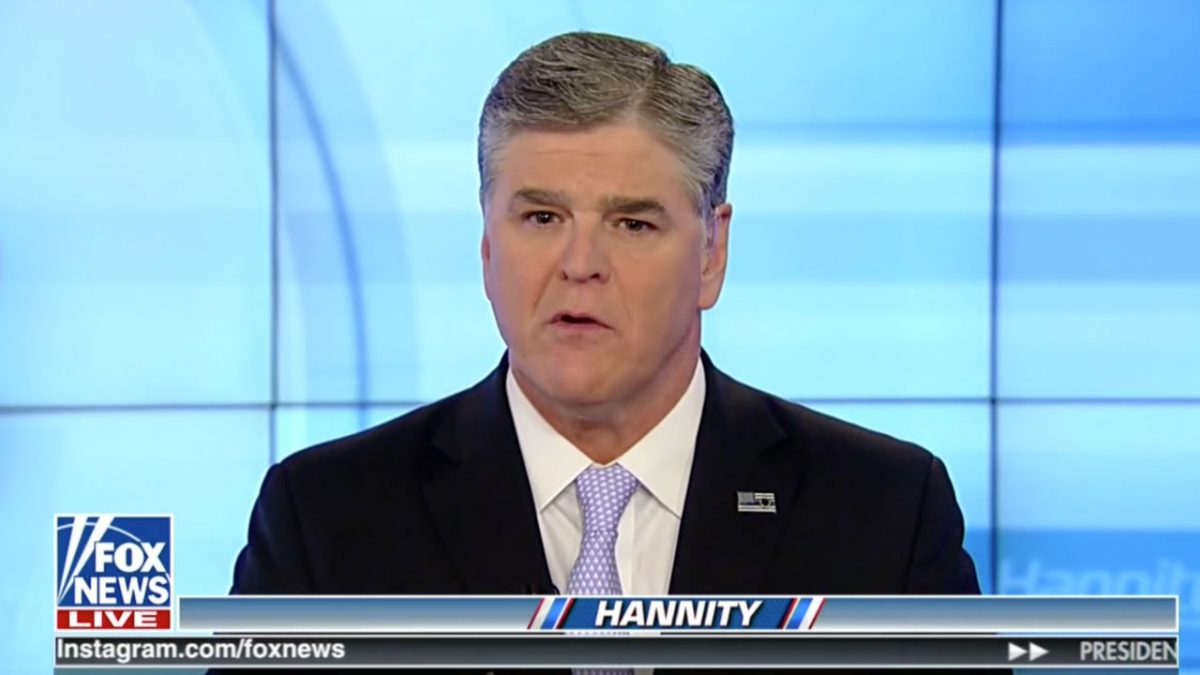 So this Jimmy Kimmel–Sean Hannity feud just keeps getting weirder and weirder.

Hannity has been on a tear against Kimmel after Kimmel responded to Hannity’s outrage at a bit he did mocking First Lady Melania Trump. He’s brought up old Man Show sketches, tweeted at Disney to alert them to his past behavior, and even taken to giving Kimmel the nickname “Harvey Weinstein Jr.”

This afternoon, they’ve been really going at it on Twitter, with Hannity asking him––regarding one of those old sketches––”Would you want a stranger asking your daughter to ‘grab their crotch, and put their mouths on it? Yes or no Harvey!”

Kimmel responded by asking, “Would you want your daughter being ‘grabbed by the pussy’? Yes or no?”

They got onto ratings after Hannity insulted Kimmel as a “poor man’s Colbert”:

Harvey Jr, you have over 100 writers (you are in last place) That’s all you have? #KeepUp. You are a poor man’s Colbert. #pervertkimmel https://t.co/7H0V2IYJEK

And things got, well, weird from there:

Don't worry – just keep tweeting – you'll get back on top! (or does Trump prefer you on bottom?) Either way, keep your chin up big fella..XO https://t.co/R4QJCoGYCL

Harvey Jr, @realDonaldTrump and I don’t have the creepy perverted relationship that you must have had with Obama. So Stop projecting. For the sake of 18 year old girls in America, Have you thought about going to Harvey Sr’s Sex Rehab? #pervertkimmel @Disney https://t.co/PlOeju5cAl

Boring would be your show in last place. https://t.co/vPZMJkr1ea

Hannity will no doubt be talking about Kimmel again at some length on his Fox News show tonight.