Hannity Tweets About Monologue on ‘Deep State’s Allies’ in Media, Gets Trump Retweet 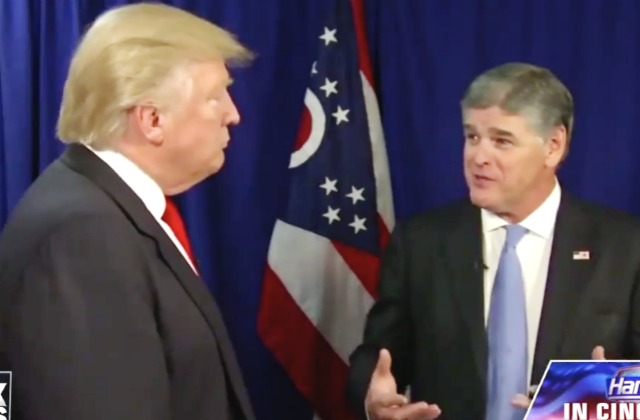 Half an hour before this evening’s show, host Sean Hannity tweeted out a reminder that his show would be coming on shortly and hyped up his guest and monologue.

And Trump retweeted him. 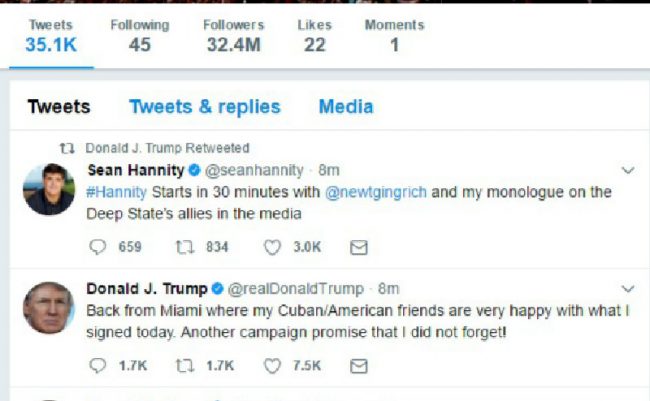 And, of course, Hannity has been perhaps the most pro-Trump host on cable news and is promising to deliver a monologue that will most certainly paint the media as an enemy of the president.

All and all, a perfect recipe for a POTUS retweet.