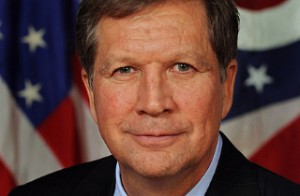 One of the more surprising 2016 polls to emerge this week was good news for Florida Senator Marco Rubio (R), which placed him in second place behind Mitt Romney. Released Friday, the new Zogby poll shows Rubio’s gap to frontrunner Mitt Romney is only three percentage points.

More interestingly, it also has him tied with former Florida Governor Jeb Bush. When breaking it down further, it’s worth noting where Rubio is particularly stronger than his challengers:

So why do I consider this poll surprising? Probably because–at least for now from what I’ve seen in interviews and speeches–Rubio doesn’t impress as someone who commands a room, commands a screen…lacking gravitas along the way. Policy positions and resume/record matter, of course (more on that as it pertains to another candidate below). But as we’ve seen when it comes to general elections, the performance art of the campaign, the optics, the speeches, the zingers in debates, the likability factor is playing a bigger role than the more boring policy stuff to an increasingly-detached, smartphone-centric public.

The aforementioned Romney got killed for his infamous 47 percent comment (the percentage of people who would never vote for him no matter what), but he couldn’t have been any more correct: Truth is, we may never see another presidential candidate win in a true landslide the way Reagan did in ’84 (Popular vote: 58.8-40.6 percent while winning 49 of 50 states) again. Need proof? Here’s the winner’s percentage of the vote of every general election since 1996:

The 52.9 percent Mr. Obama received in 2008 is quite telling considering the disastrous campaign that was McCain-Palin. Throw in a crippled economy (doom for the incumbent’s party), an electric, historic opposing candidate, and one would think the Obama-Biden ticket would have won by a number more resembling Reagan’s 31 years ago. But that goes back to Romney’s point: Almost half the voters out there are dead-set with their political party. Nothing will change their minds. True independents are shrinking. It’s now more about always voting against Democrats or Republicans rooted in a true disdain for the opposition more than voting for your own guy or gal. To that end, wouldn’t it be nice to have a candidate who earns votes based on merit instead of simply having a D or R next to their name?

In the case of Rubio, he just doesn’t appear to be ready in terms of media prowess or exceptional oratory presence to be at the top of a ticket (VP is different story altogether). As for the other top candidates, Romney had his chances (and would be two months shy of his 70th birthday on inauguration day if elected) and Jeb Bush has a damaged brand name that would–fairly or not–disqualify him by the same detached voters mentioned above regardless of performance or policy.

One name very few people seem to be talking about as a serious contender–and they absolutely should–is Ohio Governor John Kasich. The 62-year-old recently won re-election in the Buckeye state by nearly doubling up his opponent (63.8 percent to 32.8 percent), Ed Fitzgerald, a Clinton favorite. Impressive when considering Ohio went Democratic in both of President Obama’s victories. He also won 60 percent of the female vote, 56 percent from voters aged 29 and under, 69 percent of the independents, and 26 percent of the black vote, a relatively extraordinary number for any member of the GOP. And when you look at Kasich’s record as governor, it’s hard not to be even more impressed:

– He took office inheriting an $8 billion budget shortfall. Proceeded to cut taxes by $3 billion, eliminated the death tax, cut income taxes 10 percent and cut small business taxes in half. Ohio is now near the top of the country in creating jobs (unemployment has dropped 45 percent in the state since taking office) and Ohio closed its last fiscal year with a surplus of $800 million ($1.5 billion overall). Most notably, wages there are increasing nearly twice as quickly as the national rate. And before some of you trot out the tired line saying as a Republican he only cares about helping the rich, think again. Per Kasich:

“Republicans have a [national] convention, and all they do is have a debt clock up there and talk about how bad it is. But you’ve got to do something about it.” That isn’t just the usual noise…as Kasich actually has a record to back it up…and in a union-dominated state, no less. But it’s statements like this that separate Kasich from the pack: “Economic growth is not an end unto itself. Economic growth provides the means whereby we can reach out and help those who live in the shadows. It is in the conservative tradition to make sure that we help people get on their feet, so they then are not dependent,” adding, “I’m not a strict ideologue.”

– To the point around helping people get on their feet, Kasich supported an expansion of Medicaid in Ohio (in his first term) and recently declared in his re-election inaugural address, “Somehow we have lost the beautiful sound of our neighbors’ voices. Moving beyond ourselves and trying to share in the experience of others helps us open our minds, allows us to grow as people.” On the need to address mental illness–a topic the media and politicans alike only give lip service to a horrible after an event like Newtown occurs before quickly moving on: “I think sometimes people feel as though the issue of mental illness is something that happens to somebody else, in some other place in some other family. But when we’re honest with one another, we know it is not just in somebody else’s home, or somebody else’s family.” To that end, Kasich has made addressing mental illness and the drug addicted a priority in that expansion of Medicaid, allocating nearly $50 million annually for addiction programs, including housing assistance and residential treatment. And again, he’s doing it while operating in the black.

The list could go on in terms of accomplishments and priorities, but the ones listed above (economic growth through balanced budgets, lower taxes and job creation lifting all boats, including programs for the poor and mentally ill) should be the simple, easy-to-absorb message Kasich hammers home at every campaign stop (think of Biden’s “Bin Laden is dead and GM is alive” mantra in 2012). Does foreign policy matter? You bet and especially now. Immigration. Big issue. Cultural items such as gay marriage, abortion and legalized pot? All will be debated.

But in the end, it’s always the economy, stupid…all while being a candidate who connects as a decent, caring person who doesn’t shun any particular group of Americans. It’s also about likability, owning the ability to communicate in speeches and interviews, and being the genuine article with the record to support an argument (two serious liabilities for Hillary Clinton, who isn’t genuine and has no tangible accomplishments as senator or Secretary of State to tout outside of frequent flier miles). Speaking of Mrs. Clinton, here’s a preview of what Kasich might sound like in the campaign when asked about her:

“I don’t think you have to run against her; I think you run for what you’re for. So with Hillary, you know, I know her, I like her, I’ve worked with her (while in Congress),” later repeating, “I like Hillary. But look, the bottom line is you need to tell people what you’re for.”

But is Kasich serious about running? He’s been largely under the radar until recently and like everyone else, hasn’t declared. But in the past week, he sat down with Fox’s Bret Baier (interview below) for a series Baier is doing for Special Report focusing on potential candidates for 2016. The Ohio State grad is also touring several states to push lawmakers to pass a balanced-budget resolution…a topic he commands respect on given his fiscal accomplishment in Ohio. So from the looks and sounds of it, he’s jumping in the race.

In the coming days, weeks and months, we’ll be hearing about Marco Rubio’s chances, as well as Romney, Bush, Cruz, Paul, Christie, Walker, Carson, Huckabee and Jindal, among others. But keep a very close eye on John Kasich…a more unique and formidable candidate than any potential ones generating all the early buzz out there…and that includes the likely Democratic nominee.

Watch the Fox interview of Kasich below: