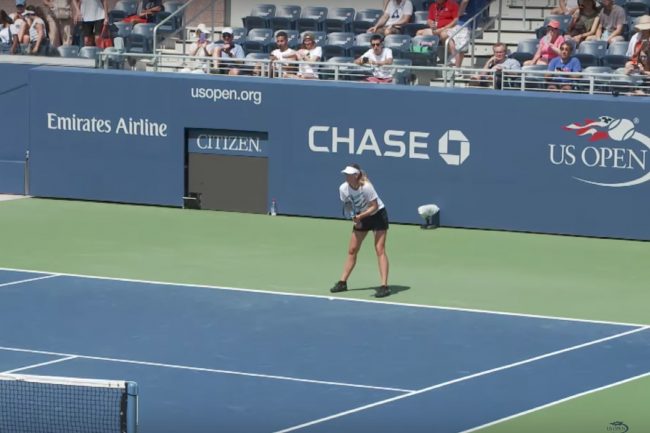 The annual end-of-summer tradition in New York is upon us. It’s the U.S. Open — the final tennis major of the year.

A host of notable players on both the men’s and women’s side will be absent from this year’s event. Novak Djokvic and Andy Murray are among the men’s players who are on the sidelines this year, while Serena Williams tops the list of women’s players who won’t be competing.

The story on the men’s side is 2017 Wimbledon and Australian Open champ Roger Federer, who is a perfect 14-0 in Grand Slam matches during this remarkable comeback season. Federer is seeking his 20th career major title. But other than his storied rival Rafael Nadal — himself enjoying a wonderful comeback season — the path for Federer appears to be relatively clear.

On the women’s side, Garbine Muguruza is hoping to follow up on her Wimbledon victory. While Venus Williams, whom Muguruza bested at the All England Club, looks to break through after having made two Slam finals this season — falling short both times.

All-day coverage begins at 1:00 p.m. ET. ESPN has the action up until 6:00 p.m. ET, with ESPN2 taking over for the night session. Play will also be streamed online, via WatchESPN and the US Open website. The stream is free with a cable subscription on both sites. The WatchESPN app can be downloaded from the iTunes store and the Google Play store.