If George Zimmerman Started Fight With Trayvon Martin, Can He Still Claim He Was “Standing His Ground”?

If George Zimmerman Started Fight With Trayvon Martin, Can He Still Claim He Was “Standing His Ground”?

If Zimmerman Started Fight With Trayvon Martin Can He Still Claim He Was "Standing His Ground"?
Twitter share button 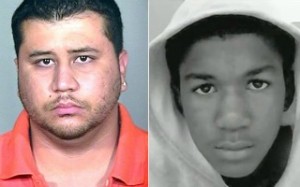 Hundreds of pages of documents released yesterday in the Trayvon Martin case shed new light on a number of important aspects of the investigation. Maybe most importantly, it seems clear that George Zimmerman took a beating. Probably a pretty bad one. Bloody lacerations on his head, grass stains on his back, a “swollen” or “broken” nose and more than one witness claiming to have seen what must have been Martin on top of Zimmerman during the altercation, all support Zimmerman’s longstanding claim. But it is also pretty clear from the other evidence we know of — the 911 call where Zimmerman seems to ignore instructions not to follow Martin, and the account of Martin’s friend who was on the phone with him immediately before the incident– that Zimmerman likely followed Martin and that led to whatever altercation eventually ensued. While these facts remain in dispute, if Martin was effectively defending himself from Zimmerman, then started punching out Zimmerman, can Zimmerman still claim he killed Martin in self defense under Florida’s stand your ground law? Maybe.

I started thinking about this more in depth last night after receiving an email from a well respected attorney who suggested that I misstated an aspect of the law during a television appearance. In particular, he believed I was wrong to say that “under Florida Law you can’t start a fight, start losing a fight and then claim you were standing your ground.”

The Florida Stand your Ground Law passed in 2005 reads as follows:

A person who is not engaged in an unlawful activity and who is attacked in any other place where he or she has a right to be has no duty to retreat and has the right to stand his or her ground and meet force with force, including deadly force or herself or another or to prevent the commission of a forcible felony.

So the law is pretty clear that if Zimmerman was attacked by Martin, he could use deadly force “if he. . . reasonably believes it is necessary to do so to prevent death or great bodily harm to himself.” Who was the aggressor becomes a, and probably the, crucial legal question. But its not the only question. While the law also states that the defense “is not available to a person who initially provokes the use of force against himself,” there are 2 exceptions. First, if:

There is nothing yet to suggest that Zimmerman will claim he tried to withdraw but since he was the only witness to the events just preceding the altercation, it could still become an issue. But the second exception is far more likely to be relevant. The law also states that the initial aggressor is permitted to invoke the law and claim self defense if in response to his own aggression,

So in theory this could mean that Zimmerman chases down Martin, Martin defends himself and starts pummeling Zimmerman and Zimmerman could still claim he was “standing his ground” because he now feared for his life. Essentially Wild West rules would apply, whoever shoots best and last wins. When asked about this potential issue, the law’s sponsor Florida Rep. Dennis Baxley said, “That scenario was never discussed.”

I think its beyond a leap to suggest that “losing a fight” as I described it is akin to exhausting “every reasonable means to escape” and some in the legal community have argued that provoking the incident immediately eliminates any opportunity to invoke the defense. In particular, I think the defense would have trouble arguing that after getting your butt kicked by someone you chased down and provoked, that you could then argue that you were in any way shape or form “reasonable” in your effort to escape. But there is at least an argument, and probably more than one, that Zimmerman could make to try to invoke the Stand Your Ground Law even if he were to concede (or it was proven) that he was the aggressor. So if I have more time maybe I should say “under Florida law you can’t start a fight, then start losing a fight, and then, without reasonably trying to escape first, shoot and kill someone?”

Regardless, this law is incredibly protective of the defendant and for everyone who has pointed fingers of blame at the police and prosecutors in connection with this case, now that we know a lot more about the evidence, I think any fingers would have been far more accurately pointed at the Florida legislature.

Author’s note/clarification: I wrote this piece as an analysis of the law, but it seems most here in the comment section are focusing on my summary of the facts as I see them. So to ensure fairness and clarity I have changed what was this sentence: “But it is also pretty clear from the other evidence we know of — the 911 call where Zimmerman ignores instructions not to follow Martin, and the account of Martin’s friend who was on the phone with him immediately before the incident– that Zimmerman likely followed Martin and initiated whatever altercation eventually ensued.” Even though the next sentence begins with “While these facts remain in dispute,” I have added the words “appears to” before ignore instructions and rather than the word “initiated” I have inserted the words “that led to” whatever altercation eventually ensued. I think based even on Trayvon Martin’s friend’s account of what he said in the moments before he was killed, that it is fair to question who actually “initiated” the fatal encounter, but I also believe based on her account that it seems very likely that Zimmerman was following Martin. I recognize that this will not satisfy certain critics who would still dispute this account, but it best and most accurately reflects my take on the evidence as we know it today. Furthermore, this piece does not really focus on a possible self-defense claim as distinct from the “stand your ground” law.