I’m Happy Trump Killed the GOP, But He’s Not to Blame
Opinion

I’m Happy Trump Killed the GOP, But He’s Not to Blame 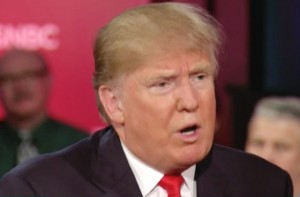 It finally happened . . . the Grand Old Party is dead. Donald Trump was the catalyst, not the cause. The party of President Abraham Lincoln that fought for Blacks and civil rights lost its way long ago.

Until Trump came onto the scene, party stalwarts from statehouses to Congress and the Republican National Committee were okay with the racist vein pulsating through the party — because they could keep it under wraps or silence it.

[“The Stalwarts were a faction of the Republican Party in the United States during the 1870s after Reconstruction, who favored machine politics.”]

But Trump brought the party’s ugliness out into the open, revealing the GOP’s true colors — or lack thereof. In its current incarnation, the Republican Party ignores women and minorities (including this minority woman who supports much of their conservative platform). Recently, I was asked if I’ve ever felt welcome by the GOP. “No,” I responded.

For decades, the Republican Party clung to its racist, elitist ways and was able to win presidential elections. That strategy stopped working in 2008. Party leaders can blame themselves for the rise of Trump. The fact that Trump beat 16 candidates for the party’s nomination demonstrates how the GOP has devolved into a party out-of-step and out-of-touch with America.

Trump tapped into the pervasive hate that’s been a mainstay of the party since Republican presidential nominee Barry Goldwater lost to President Lyndon B. Johnson in 1964.

Trump’s campaign slogan “Make America Great (or White) Again” gave racists permission to come out of the shadows. At the same time, Trump’s blunt talk on trade, jobs and illegal immigration appealed to working-class Americans who have suffered financially over the past eight years — a lot of whom, of course, are not racist!

But the outrage that establishment Republicans like House Speaker Paul Ryan are feigning about Trump is laughable. Ryan is no better than Trump. When the 2005 video of Trump using lewd language about women surfaced, Ryan said he was “sickened” by what he heard and refused to campaign with Trump. I think Ryan was really sickened by Trump blowing the lid off the GOP’s true nature.

Party leaders may not disparage women publicly the way Trump has, but they certainly haven’t welcomed women with open arms and elevated them into leadership positions. Why is it that old, white male Republicans in Congress can’t get enough of sponsoring anti-abortion legislation? The message from the GOP seems to be that women should be barefoot, pregnant and silent.

There’s no distancing Trump from Ryan or Mitt Romney, or Senator John McCain for that matter. They all represent a party out of touch with modern times. America isn’t a white nation and is growing more colored by the day.

If Trump loses, will 2016 be the rubicon from which the GOP can’t return? What will the party do? Will the GOP still cling to its whiteness and lose yet another election in 2020? How many more loses will it take for my party to realize that it must expand its worldview to win the White House again?

Since Ryan was part of Romney’s losing 2012 campaign, what has he done in the past four years to make the GOP more inclusive? Ryan has floated an anti-poverty agenda and recently did a press-friendly event about closing the pay gap with women.

But how many women and people of color does Ryan actually have working for him? For that matter, how many people of color work for Republican members of Congress? In July 2016, Ryan posted a selfie on Instagram with summer Capitol Hill interns, who were all white. I couldn’t find a single minority in the photo.

Ryan’s afflicted with the same flaws he despises in Trump; he’s just more quiet about it.

Recall the RNC’s much-publicized Growth & Opportunity Project, a 100-page dissertation why Romney lost the election. Ironically, it was appropriately dubbed the Autopsy report. It concluded the GOP was out-of -touch and unwelcoming. Duh…it’s what the rest of us knew the moment Romney clinched the nomination.

Nevertheless, the RNC promised that the GOP would do better. Four years later, absolutely nothing has changed!

Not only does the RNC have a near-100% white staff, save for token blacks it brings in for cosmetic relief (comedic relief to liberals) every four years. Major conservative non-profits and think tanks are no better. These organizations — like the majority of Republican Congressional offices — almost exclusively employ white Americans. And most conservative news outlets are just as pasty (with a few minorities peppered among staff to add color…without ruffling party feathers).

This must end! I’m sick of Republicans insulting me by saying that I’m advocating for quota hiring. No, I’m advocating Martin Luther King Jr. hiring: for WHITE Republican men to begin seeing minorities and women are their EQUALS, and competent purveyors of conservative principles. Democrats play to identity politics and win elections. Republicans don’t even fake inclusion to beat them.