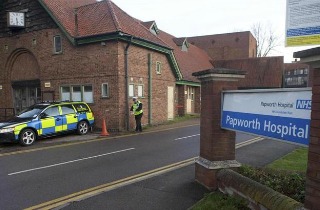 It is hard to imagine something more cold-blooded than the burning of the bodies of human dead like cordwood. Indeed, the burning of the deceased en masse evokes images of Treblinka — itself a horror made possible only after a systemic, government-sponsored reeducation campaign aimed at dehumanizing those souls destined for the furnaces.

There is clearly a distinction to be drawn between that inhuman practice and what British health officials engaged in, according to a recent investigation by a British television program, but the discrepancy is minimal. According to a report released on Monday, more than 15,000 aborted and miscarried fetuses were burned to heat hospital facilities.

“Ten [National Health Service] trusts have admitted burning foetal remains alongside other rubbish while two others used the bodies in ‘waste-to-energy’ plants which generate power for heat,” read a report in The Telegraph on Monday.

The parents of those lost or aborted children were not consulted about what was going to happen to those remains. In at least one hospital, mothers of 797 babies lost before 13 weeks of gestation were told the remains had been “cremated.”

The article is full of quotes of British health officials who are apparently shocked by the abhorrent practice the U.K.’s Channel 4 program Dispatches uncovered. None were apparently so repulsed by the practice, however, that they spoke to the press before the whistle was blown.

One does not need to be rigidly pro-life in order to find the unceremonious burning of bodies for a purpose as mundane as heating a hospital to be repugnant. The notion that these bodies were used to fulfill a purpose in death that they did not in life is reminiscent of a philosophy shared by virtually all of the 20th Century’s most egregious human rights violators.

The fact that no one quoted in The Telegraph defended this procedure as some form of environmentally-conscious recycling is itself a revelation. No one offered a full-throated defense of the burning of lost or aborted human beings without parental consent because that practice is simply indefensible.