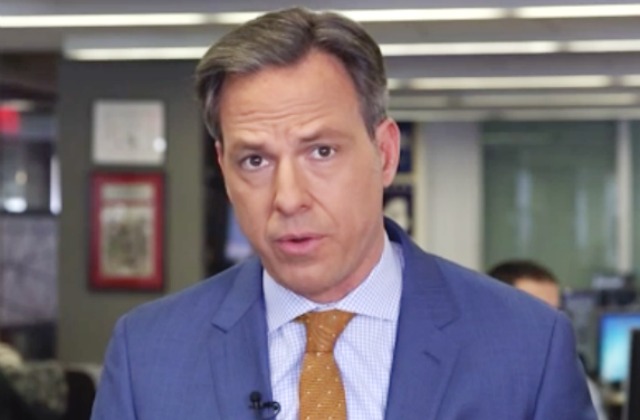 CNN’s Jake Tapper spoke with MTV News’ Ana Marie Cox at SXSW earlier today and talked about pushing back against the Trump administration on “fake news.”

According to Deadline, Tapper turned that charge on the White House and said fake news is something like “when Trump said nobody in his campaign spoke to Russia.”

He did share an amusing personal anecdote about his 7-year-old son:

He said the boy will notice when he’s not in a good mood and will react by using an exaggerated hand gesture and screaming, “Fake news!” Said Tapper with an underlying condemnation of the president’s maturity level, “Except, my 7-year-old knows it’s a ridiculous, childish thing.”

RELATED: Jake Tapper: ‘That Would be Fake News’ if We Said Trump Had Evidence to Back Up Wiretap Claim

He talked about the need for journalists to rise to the occasion and hold this administration to account. Tapper pointed out that he did so during the Obama administration too, and according to The Hollywood Reporter, explained, “I know people that hated me back then but now like the fact checks I’m doing about Donald Trump. I feel like I’ve stayed consistent.”

Tapper added that he thinks former President Barack Obama isn’t a fan of his and possibly considers him to be “a pain in the ass.”

He also weighed in on Beck Bennett‘s portrayal of him on SNL, and is very grateful for how he’s being portrayed by someone roughly 20 years younger than him.