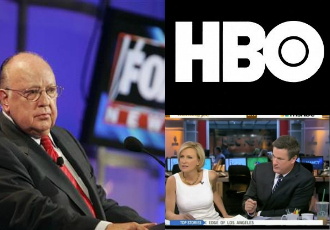 The project will be based on a manuscript by Gabriel Sherman who wrote two cover stories for New York magazine on Ailes and Fox News, including the controversial “The Elephant In The Green Room” one year ago. Following those articles, Sherman signed a book deal with Random House to write the tentatively-titled The Loudest Voice in the Room: An Inside Account of the Rise of Fox News.

Deadline reported, through exclusive sources, that MSNBC’s Scarborough and Brzezinski will executive produce the project, in a deal negotiated by WME Entertainment, the Hollywood talent agency operated by Ari Emanuel, brother of Chicago Mayor Rahm Emanuel.

None of these plans are official yet because Deadline‘s sources claim Sherman is still in the research phase of the book, which is planned for a 2013 release date. “Nothing much to say. No book yet to read. No script. We’ll wait to see what the script looks like and then decide whether to develop further,” one HBO executive told Deadline.

Another source reportedly told Deadline that with this movie project, ”HBO prefers to take on Fox News through Ailes. The idea is that it should make Fox News look like a Mafia, and you get into this through Ailes, sidestepping Murdoch, not approaching the story head on.”

UPDATE: Looks like this Ailes movie isn’t going to happen after all. Deadline has updated its original story with the following:

Today I’ve received this email from HBO Films President Len Amato: “We recently decided not to pursue the Ailes project. It had become clear to us before even receiving a script that due to our company’s CNN affiliation the film could never be seen as objective.” Interesting, because today I’ve learned that none of the dealmakers have yet been informed by HBO that the project isn’t going forward. “HBO was trying hard to keep the project under wraps,” one of the dealmakers tells me. My reporting blew that.