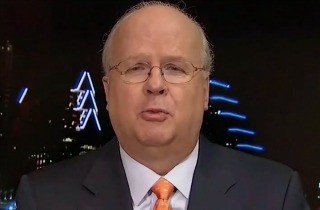 Not that President Barack Obama would ever take political advice from Bush White House veteran Karl Rove but what the hell.

In a Thursday column at the Wall Street Journal, Rove lays out the things he thinks Obama should do in order to “salvage his last 28 months” in office. That would include, according to Rove, simply clocking in earlier and also firing his closest friend and adviser Valerie Jarrett.

From golfing shortly after condemning the beheading of an American journalist to diverting Air Force One so he can take Stonehenge off his bucket list, Mr. Obama often appears detached, disengaged and even disinterested in his job and in his relations with foreign leaders and Congress. He should show up in the Oval Office earlier and more often, golf and fundraise less, and give building relationships and digging into the tasks at hand everything he’s got for his last 28 months. There’s time to recreate after he leaves office.

The president should shake up his White House staff. He is largely surrounded by sycophants who encourage his worst instincts and bury his better ones. He should start by showing the door to senior adviser Valerie Jarrett, his chief enabler.

For inquiring minds, White House press schedules typically show Obama starting his work day in the Oval Office sometime between at 10 and 11 a.m. ET. And that, honestly, is a little late. C’mon.

Rove concludes his column questioning whether Obama has the “strength of character” to follow his advice.