Kellyanne Conway on CNN Clash Over Her Husband’s Tweets: Question Was ‘Cheap & Irrelevant’

Kellyanne Conway on CNN Clash Over Her Husband’s Tweets: Question Was ‘Cheap & Irrelevant’ 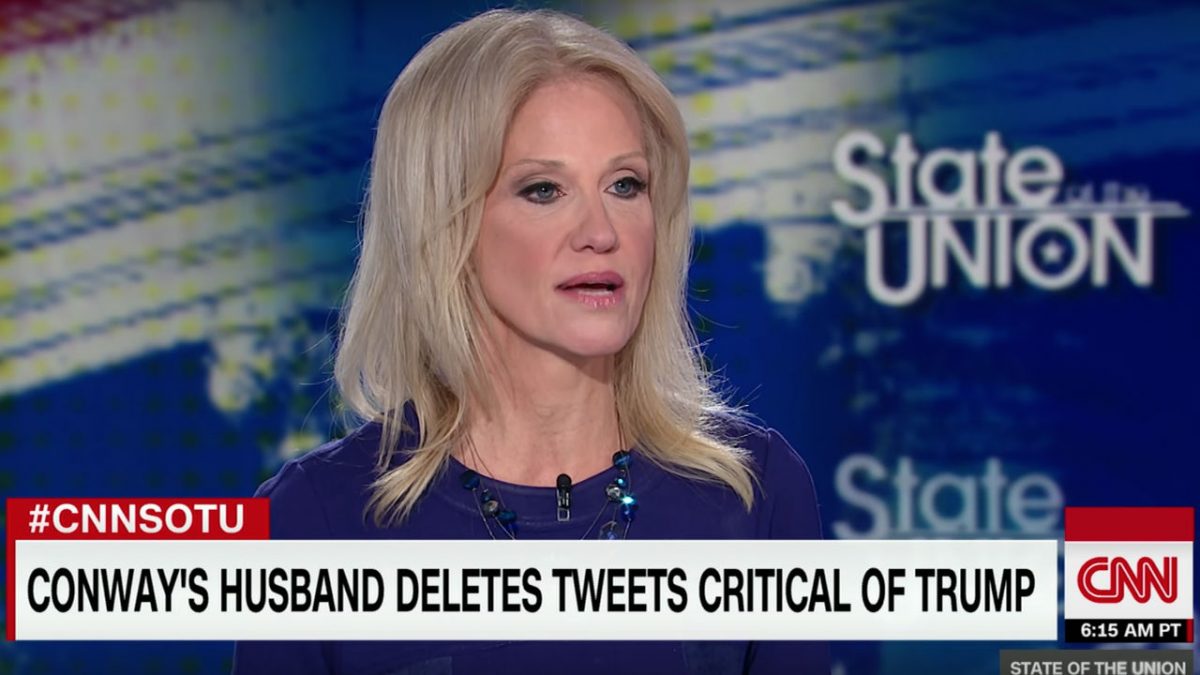 White House counselor Kellyanne Conway is not happy with being questioned about her husband’s tweets.

During her CNN interview this morning, Dana Bash brought up George Conway‘s tweets criticizing President Trump. Conway was outraged at the question, saying it’s “fascinating” CNN would “go there.”

Bash defended the question as being light-hearted in its intent, but if her follow-up tweets indicate, Conway still isn’t too happy about the line of questioning, calling it “cheap and irrelevant”:

FULL clip from @CNNSotu with @DanaBashCNN.

(5 mins in) I say double standard against me has nothing to do w gender. She, not I, mentioned gender 2x.

It wasn’t sexist; it was cheap & irrelevant.

Makes this harder to comprehend.

Amidst convo about North Korean nukes & Comey leaks/ McCabe lies, the “final q” is this?

Under strain, pretends it was meant 2 be “lighthearted” https://t.co/ooaSef1iVW

As you can see, Conway even criticized Bash directly, saying she was just pretending it was lighthearted.