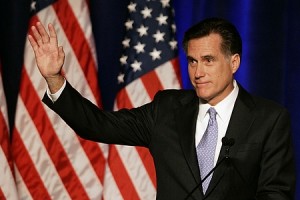 Former Massachusetts governor Mitt Romney called in to Laura Ingraham‘s radio show Friday, where the host pressed him on when, if ever, he’ll release his tax information to the public.

Ingraham brought up a talking point that sprung up during last night’s debate and which seemed, to some commenters, to have left Romney surprised: The fact that his father had been very transparent and open regarding the sharing off his own tax information back in 1967. Was Romney aware of this?

“Oh yes,” said Romney, “and we’ve talked about that beforehand. And what he did in 1967 is very different than what’s going to happen today. But, surely, I was aware of his experience. I remember reading it in Look magazine. We used to have Look magazine, long ago. And the idea that I am supposed to follow exactly what my dad did is not something I find terribly compelling; we disagreed in the past.”

Later, Romney said that his investments have been managed “by a trustee in a blind trust for the last ten years,” and that information on the investments that trustee has made on Romney’s behalf is available. “So if you want to calculate what income you think I might have,” he said, “well, you can just look at the various assets” and figure it out.

What his plan is, ultimately, is to release his tax information all at once, most likely once his 2011 return is completed this April, to avoid a “dropping faucet” of information that can be used by rivals against him. When Romney expressed confusion over why this is an issue now, when John McCain and George Bush before him released their respective tax information in April without a fuss, Ingraham surmised that the DNC is trying to paint him as the stereotypical “one percenter.” Top hat, monocle and all.

“Well, of course it’s getting better,” said Romney. “The economy always gets better after a recession.” The question, he continued, is whether it’s getting better because of something the President has done, or whether he’s delaying that inevitable recovery. You can guess which side of the fence Romney falls on.

“Isn’t that a hard argument to make?” asked Ingraham.

Romney didn’t flinch: “Do you have a better one, Laura?”