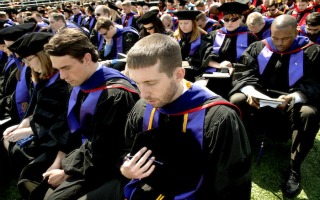 According to the handbook that outlines expected behaviors by Liberty students, “The Liberty Way,” students can be fined for entering the bedroom of a student of the opposite gender and are subject to disciplinary action if they are caught watching R-rated films.

Just knowing a film’s rating may not be enough to avoid punishment. Many “PG-13” and some “PG” movies, although not prohibited, may also be inappropriate.

Liberty has strict guidelines for the hairstyles of their students. For men:

Hair and clothing styles related to a counterculture (as determined by the Student Affairs Deans’ Review Committee) are not acceptable. Hair should be cut in such a way that it will not come over the ears, collar or eyebrows at any time. Ponytails for men are unacceptable

In 2004, Andrew Garib outlined many practices at the university that some find objectionable with portions taken directly from the handbook. For example, Liberty has had, since 1988, a system of mandatory, random drug testing:

To participate in this drug-testing program, which permits the University to test any student (hair, urine or blood as specified by the administration), irrespective of the method by which that student was selected. Student selection will be accomplished both on a random basis and on the basis of suspected use and/or drug possession as defined in the “The Liberty Way.”
NOTE: Students who test positive for drug use will be responsible for covering the cost of the drug test.

Students are also expected to observe a strict curfew – midnight on weekends (except Thursday, when the curfew is at 10 p.m.) and 12:30 a.m. on weekends.