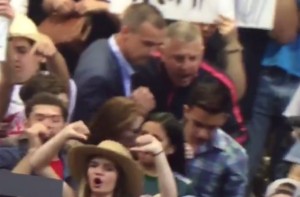 The man that the Donald Trump campaign blamed for grabbing a protester at one of his rallies instead of campaign manager Corey Lewandowski also works for Trump.

The statement was odd for several reason. First, because Lewandowski was very, very obviously the one who grabbed the protester. [h/t Legal Insurrection] 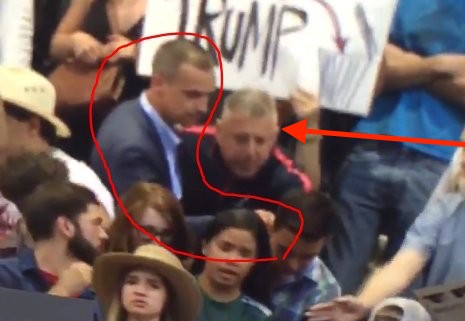 But secondly, because as Politico reporter Ben Schreckinger immediately pointed out, the person Trump blamed was actually a Trump security staffer.

That guy’s a member of Trump’s private security detail in street clothes, though statement does not identify him https://t.co/u39rjGBYYC

Here’s the same man, detaining a protester in Chicago. 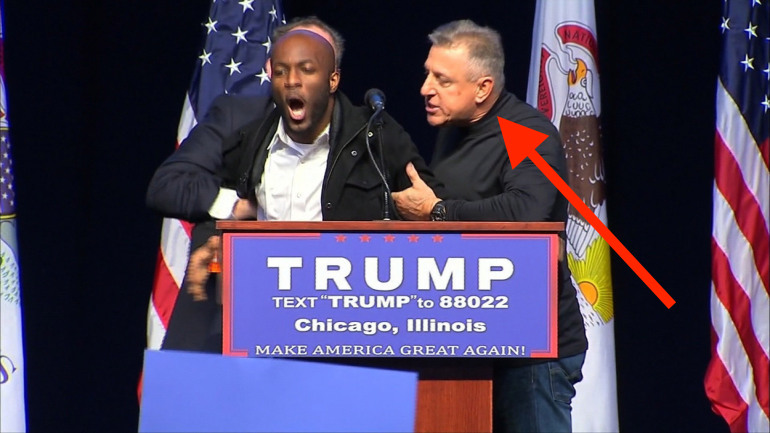 Donald Trump’s campaign rally in Chicago on Friday was postponed amid growing security concerns. Several fights between Trump supporters and protesters could be seen after the announcement, as a large contingent of Chicago police officers moved in to restore order.

The Trump campaign admitted as much when contacted by Politico. When asked why their statement failed to identify the man as one of their own staffers, the campaign replied, “Although we did not identify this individual, we did not make any suggestion as to his affiliation or lack thereof.”