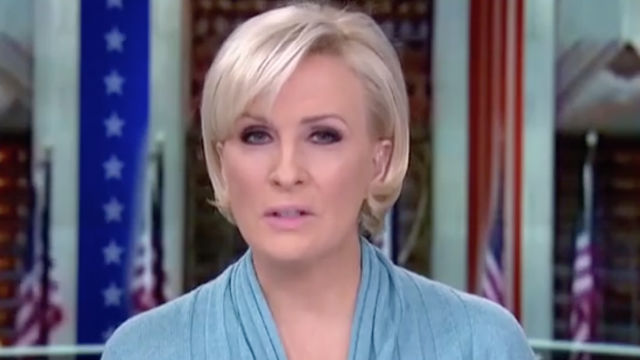 Reporter Emily Miller, one of the women who came forward with allegations of sexual harassment against Mark Halperin, claims Mika Brzezinski tried to invite her on air for a discussion with Halperin himself.

CNN’s Oliver Darcy last night reported on the fallout from Brzezinski’s comments Friday morning when she criticized Halperin’s accusers for not wanting to talk to him.

She later apologized, following a statement attributed to several women who have spoken out against Halperin, but per Darcy’s report, some of these women said Brzezinski had not, in fact, contacted them:

Five other women who had accused Halperin of sexual harassment or assault told CNN on Friday that Brzezinski had not contacted them with an offer to meet Halperin and said that they were also upset by her on-air comments.

“It’s wrong [to say] that we were offered a serious chance to meet with him,” said Lara Setrakian, who was one of the women to accuse Halperin of sexual assault on the record in late October. “And the whole decision making around what should come next begins with him being an adult and begins with him speaking as an adult not through a proxy.” (Setrakian said she received a voicemail and text message from Halperin on Friday afternoon, but declined to disclose the content of the messages.)

“Mika has never reached out to me,” echoed Eleanor McManus, another woman who accused Halperin of harassment on the record.

Miller, however, is claiming that not only did Brzezinski reach out to her, but she tried to set up an on-air debate between them:

“She did invite me to go on the show with him so she could mediate and it had to be an exclusive,” Miller told CNN. “Basically she wants the ratings and Jerry Springer. And seemingly she now wants to help her rich powerful friend get back into power. He’s not going to change. Sexual predators like Mark Halperin cannot be rehabilitated. He should not be allowed to be alone around any women — much less his victims.”

Brzezinski denied this to CNN, but “said she invited Miller to participate in the Know Your Value conference in October.”

You can read the statement from 10 Halperin accusers, which preceded Brzezinski’s apology, below:

Just got this: Ten women who have accused Mark Halperin of sexual misconduct send statement to @msnbc rebutting @morningmika’s comments this morning about Halperin: pic.twitter.com/wgDStvilwM

Forgot to include the names of the women who signed this statement. They are: pic.twitter.com/BN6NV3xuIY