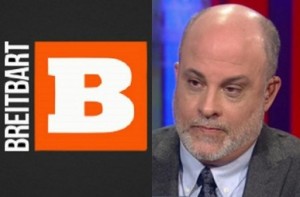 Conservative talk radio host Mark Levin tore into Breitbart for supporting so-called “birther” attacks on Ted Cruz‘s eligibility, first on his radio show and then in a Facebook post.

Levin responded Wednesday to remarks from Donald Trump implying Cruz was ineligible to be president because he was born in Canada. Levin said that while he liked much of what Trump says, “just because he says something doesn’t mean I have to agree with it like our friends over at Breitbart who are going all kinds of crazy over the birther issue.”

Earlier in the day, Breitbart’s Joel Pollak had written a piece titled “Why Ted Cruz Is Vulnerable on Canadian Birth Issue.” But in response to Levin’s criticism, editor John Nolte struck back, arguing it was important to discuss the question now. “As ‘stupid’ as this issue may be for Levin, do we want to litigate it in front of the American people today or three weeks before the general election, when Cruz is either our presidential or vice-presidential nominee?” he said. “Because you have to be wearing blinders to believe that will not happen.”

But then it was Levin’s turn to strike back in a Facebook post sarcastically titled “John Nolte has spoken. Well, then, I guess I’m wrong.”

“Ah, now I get it. A stupid attack on Cruz’s citizenship helps Cruz because now the Democrats won’t use it should Cruz become the GOP nominee…” he opens. “Now, I expect this kind of incoherence from liberals, but not from young, aspiring conservative writers.”

Levin argued that the legal community was nerly unanimous in saying that Cruz could run for office, and questioning that fact didn’t help the Republicans at all. “Now, can we, as conservatives, get back to restoring the republic, or do we continue to follow stupid arguments into defeat?”