Mark Levin Turns Charges Of Racism Towards NBC And MSNBC 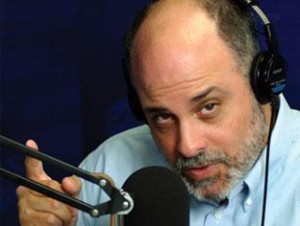 The intersection of race and politics is a dangerous game that nobody seems to win; continued layers of allegations of insensitivity and finger-pointing seem to collectively lead us down a rabbit hole of despair. Yes, racism exists, particularly towards America’s first black president. But that does not axiomatically mean that every criticism leveled towards Obama is actually racist, nor even a dog whistle towards racists. This seems to be the point made by conservative radio host Mark Levin, who turned the tables of racism towards MSNBC and NBC in the following audio clip.

To best understand the game being played here, its probably best to leave it to a self-described conservative media commentator. Writing for Daily Caller, Jeff Poor sums it up:

Keeping track of what NBC News and the cable arm of that operation MSNBC deems as a so-called racist dog whistle these days is quite a difficult task. The latest charge from that operation has been directed at GOP presidential contender Newt Gingrich for pointing out how the number of people receiving food stamps under President Barack Obama has gone up.

However, perhaps it’s time to take a look at those network’s track records as they pertain to race according to conservative talker Mark Levin. On his Monday show, Levin went through each network’s line-ups and pointed out that much of it is white and lacks that diversity.

The problem with oversimplified descriptions and allegations of race is that no one can really know what is someone’s heart or mind. The lack of diversity at MSNBC is a subject that we have pointed out, specifically with the phrase “judge not, lest ye be judged.” And while Levin and others take great exception to what they fairly deem as unfair and irresponsible allegations of racism towards conservative politicians, to make the same allegations towards one’s political foes can be fairly seen as hypocritical. Yes, the larger point might get made, but at the potential cost of one’s own reputation. Something about two wrongs don’t make a right. Or is it the Golden Rule?

Judge not, lest ye be judged.