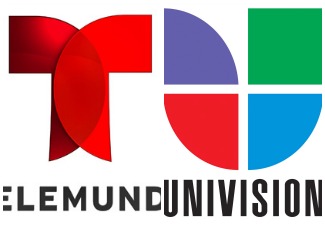 The conservative Media Research Center put out a report today concluding that both Telemundo and Univision have a clear liberal bias in their reporting. The report acknowledges while the two Hispanic media outlets are fair when it comes to international stories, but when it comes to domestic U.S. policy coverage, there are “left-leaning sources overwhelmingly dominating U.S. coverage.”

The report finds that in a study of over 600 news stories in total, both networks presented the report with a liberal tilt 45 percent of the time, compared to 6 percent in the conservative direction. It also points to a glaring lack of coverage from both networks on a number of Obama administration scandals and how both networks brought on far more pro-Obamacare guests than opponents.

However, representatives from both networks have pushed back at the accusations of bias in statements to POLITICO. A Telemundo spokesperson said, “The journalistic principles that rule our work ensure that our news coverage is transparent, impartial and factual.” Someone who used to work for both networks told POLITICO the dearth of conservative guests isn’t for lack of trying.

“I can tell you in no uncertain terms that the predominant reason why Republicans and conservatives are not seen more or cited more on Spanish-language news outlets is their own refusal to comment or be interviewed by the networks and publications that Hispanics read and watch the most.”

On the Obamacare criticism, a Univision spokesperson argued that Hispanics are a large community that “can benefit the most from the ACA,” and their coverage is “a public service to the Hispanic community, not a service to the Administration, conservatives, liberals or moderates.”