My 1-Year-Old Nephew Has Some Thoughts on Donald Trump 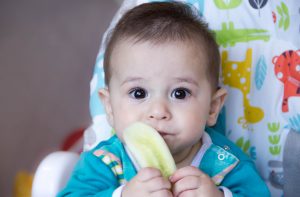 As I was sitting down for breakfast and reading the news this morning, my one-year-old nephew Alistair walked in and sat down across from me. “Morning,” he mumbled, as he poured himself some coffee.

“I wasn’t all that concerned about Donald Trump‘s phone call to Taiwan,” he said, unprompted. “For all the discussions of how the move was unprecedented or provocative, I never heard a good explanation of why we should even abide by that precedent. Obama shattered all sorts of precedents, for good and ill alike.”

“It seems to me that angering China was a foregone conclusion of a Trump presidency. But maybe now that the bell’s been rung, future presidents will have a different jumping-off point when it comes to Sino-American relations,” he continued. “I mean, if China invades Taiwan tomorrow, we’re obliged to go to war on Taiwan’s behalf. But we can’t pick up the phone and chat? We treat Taiwan as a de facto nation in so many other matters.”

I didn’t say anything in response; I could smell that his coffee was spiked with more than breastmilk. But as I was reading, a story came across my Twitter feed that I thought might interest him. “Listen to this,” I said, “Keira Knightley has a kid your age who also has political opinions, and a mouth like a sailor to boot.”

“This is happening all the time nowadays,” I told him, as I started Googling examples. “Not always infants like you, but all sorts of liberal celebrities and pundits have children with coherent political opinions. These toddlers and grade-schoolers always have the most profound insights, which coincidentally always conform to what their parents believe.” 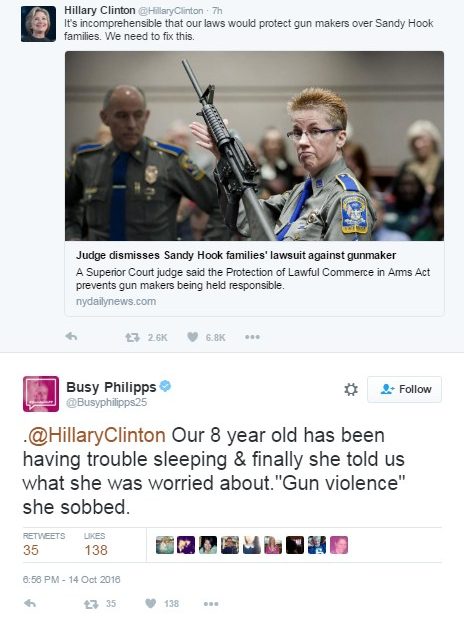 “Busy Philipps is a 2003 Teen Choice Award nominee,” Al pointed out as he sipped his cup o’ joe. “Her word is unimpeachable.”

“Oh, sure! Kids aren’t scared of ‘guns,’ or ‘murderers,’ or anything like that. We’re scared of the idea of gun violence. Abstract concepts really keep us up at night.”

“Well,” Al said smiling, giving me a knowing glance, “it’s not like Sally Kohn would pass along a fake story to a national audience.”

We laughed, and I moved on. “This next one’s from The Telegraph,” I said.

“Mum, am I like Donald Trump?” my three-year-old son asked me this morning as we listened to the results come in on the radio. “Because I’m a white boy.”

Al thought about that one as he lit his first morning cigarette. “So are we supposed to believe the kid says this about all white people, or just Trump? Did he ask the mother if he was like Ray Liotta, or Triple H?” he asked. “And why did the kid look at Donald Trump, realize they shared the same skin color, and decide that must mean they must be alike in other ways? This 3-year-old has enough white guilt to make an Oberlin undergrad blush.”

I let my kids watch the debate. After it I asked my 7 yo daughter for 1 word to describe each. She said Trump “bully.” Clinton “President.”

“That’s a mighty convenient answer,” Al said. “As I recall, that was Hillary Clinton‘s exact talking point throughout the election. Mind you, Clinton’s messaging strategy did sound like it was thought up by a seven-year-old.”

My sister told me that my eight-year-old niece balled her fist at the TV, looked at Trump and said "This ain't over!" I love her resilience.

my 8 year old asked if president trump once shoved his hand down a ladies pants & laughed about it. she heard about it at school. i froze

2/ 8 yo overheard me listening to it and said:
“I hope Hillary Clinton makes history. Women’s rights are human rights. Go women, go women!

We sat in silence for awhile. “Alright, yeah, that s**t never happened,” he finally admitted.

I shook my head. “These are just the prominent celebrities. I’ve probably seen a million more on Facebook and Twitter from everyday people with supposedly woke toddlers. Why do people do this?” I asked.

“The way I see it, there are three possibilities here, each sadder than the last,” Big Al said, ticking them off with his stubby, Trump-like baby fingers. “The first is that these people are telling the truth. That is to say, these kids are so indoctrinated that they’re learning and reciting pro-Hillary platitudes at the age most kids are memorizing the PokéRap. In which case I feel bad for the kids: there’s nothing wrong with passing on your beliefs, but you gotta give your kids the room to grow and discover who they are for themselves.”

“Attention,” my nephew said bluntly, ashing his cigarette into his coffee. “Kid stories are ‘cute,’ and parents like to seek affirmation about how smart and well-raised their kids are. These people inhabit a world where being vocally anti-Trump– even in a horribly crude fashion and at far too young an age– is sensible and correct.”

“Lastly, we have to assume that some people are so unwilling to voice their own insecurities, they just put them in the mouths of others. That Telegraph writer? She’s the one who’s insecure about being white in the age of Trump, not the kid who hasn’t mastered the alphabet. That’s the pathetic thing; on some level these people realize that if they voiced these raw feelings and simplistic attitudes, they’d be laughed at. So they put their words in the mouths of babes where it’s beyond reproach.”

“That is pathetic,” I agreed.