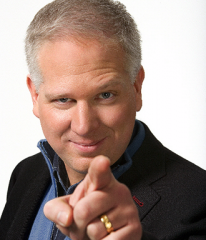 As Bill Press pointed out awhile back, Glenn Beck‘s August 28 “Restoring Honor” rally is being financed by tax-free donations which will benefit the Special Operations Warrior Foundation only after Beck’s event is paid for. The website StopBeck points out that the New Orleans Saints owner has donated an item for auction to Beck’s rally, the same Glenn Beck who referred to New Orleans Katrina victims as “scumbags.”

A flack for Beck’s radio show sent the following announcement to the Saints Gab blog:

Mr. Tom Benson has graciously donated 4 on field passes, 4 plaza level tickets, and a VIP parking pass to our national online charity auction, which is raising money to help the Special Operations Warrior Foundation, a truly great cause. I wanted to alert you to this auction item in hopes that you would be willing to share it with the readers of your blog, who I imagine would be very interested to learn about this auction item from Mr. Benson.

The listing for the auction contains the following disclaimer:

PLEASE NOTE: All contributions made to the Special Operations Warrior Foundation (SOWF), either directly or through the auction proceeds, will first be applied to the costs of the Restoring Honor Rally taking place on August 28, 2010. All contributions in excess of these costs will then be retained by the SOWF.

This “first dollar to Beck” arrangement is perfectly legal, and even commonplace, for charities, although it is also not unusual for costs associated with these events to be defrayed by donations of goods, services, and time by the participants. Beck has estimated the cost of the rally at $2 million, and says he will donate the first million himself.

A source close to the rally does confirm to Mediaite that Sarah Palin will not be receiving a speaking fee for the event, and that the costs associated with the rally are confined to logistics, such as audio/video equipment, bathroom facilities, and the like. The source also points out that the total cost isn’t known at this time, but that they’re trying to be as transparent as possible.

A source at the charity says that donations through Beck’s rally have just exceeded $2 million, so  if Beck’s estimate is correct, the Special Operations Warrior Foundation will see some benefit from Beck’s rally. How much, and whether the rally lives up to the charity’s description of a “non-political, non-partisan rally,” remain to be seen. Either way, the SOWF’s home page points out that “the viewpoints of our supporters do not necessarily reflect the viewpoints of the Foundation.”

You can hardly blame a charity for taking money wherever it can get it, especially in this economy. However, given Beck’s comments about New Orleans residents who were unable to escape New Orleans (he hates the “scumbags” more than he hated 9/11 victims’ families), it is surprising that the New Orleans Saints would partner with Beck, rather than simply donate directly to the charity. I contacted the Saints for comment, and am awaiting a reply. The Saints staffer I spoke to was unaware of the donation.

In fairness to Beck, I will point out that he says his remarks about Katrina victims were taken out of context. This is a popular defense among shock radio hosts, who will blurt out a “money quote,” then walk it back later in the transcript. That way, they get the publicity bump from the outrage, then get to say “Who, me?” Here’s the money quote:

You can read the larger context of Glenn’s remarks here, and see if you can find where he narrows it down to “the people that are stealing the televisions.”

In his “Inconvenient Book,” Beck also claims to have only been talking about .2% of the victims, but what he actually said was that New Orleans comprised only .2% of the disaster area.

Beck also describes a “near riot” in the Astrodome:

What really happened was that there weren’t any $2000 ATM cards that day. The Red Cross were handing out cards valued at up to $1500 that day, but the FEMA cards weren’t available until the next day. The confusion did cause the Astrodome to be locked down for a time, but a “near riot?”

Sweltering in 93-degree heat and frustrated by disorganized relief efforts and long lines, people began pushing, shoving and yelling as they jockeyed for position. As a result, police locked down the Astrodome complex at 9 a.m. Many in the crowd did finally get the Red Cross cards.

Wow, what a bunch of scumbags. This wasn’t the line for Space Mountain, it was families who had nothing, who had been crowded into a baseball stadium for a week.