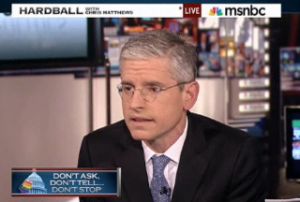 In the political debates regularly covered here at Mediaite, this New York Magazine story would fairly be described as “the other story.” Not the explosive one on Roger Ailes and Fox News that we have, thus far, written three pieces about, but the one on Media Matters founder David Brock. His story as a conservative turncoat is a fascinating one, replete with apologies for his errant ways and his new commitment to taking down the group he once represented. But much of the piece focuses on his near obsession with Fox News which he says has transformed “into something that isn’t even recognizable as a form of media.”

So one would think that in a landmine filled topic like this one, author Jason Zengerle would take great care to avoid broad generalizations and instead stay focused on facts and storytelling, in the way that Gabriel Sherman admirably did with his piece on Ailes. Nope. Penning a soft, glowing portrait of Brock is one thing, but vastly overstating Media Matters influence is far more biased. After all, media…matters, am I right?

First he points out that “What began in 2004 as a ten- person shop with a $3 million annual budget now has around 90 employees and plans to spend $15 million this year.” That is striking and demonstrates the enormous fundraising operation that they have created. But that is not translating into readers. With that budget and staff, they should be about the size of a site like Politico, but the numbers tell a far different story. According to web traffic evaluator, Quantcast, Politico averages 5.6 million monthly unique visitors, Media Matters a mere 646,200. Even if you give Media Matters the benefit of the doubt and double that number, they are still doing a fraction of the traffic of sites its size (at 1.3 million, it would still be far smaller than little Mediaite, with ten times the staff). That’s something that clearly should have been pointed out in the story.

But its not just the author’s unwillingness to dig into their true influence, but he gives them credit for events for which Media Matters cannot legitimately claim responsibility.

Last month, Media Matters scored what it considers to be its biggest victory to date against Fox when the news channel and Glenn Beck decided to end his show. Beck had become the face of the Media Matters anti-Fox campaign. Not only did the group keep a running tally of Beck’s most offensive statements, but it was also part of an effort to persuade more than 300 advertisers to boycott Beck’s show—which, Brock believes, is what ultimately convinced Fox that it could no longer afford to have Beck on its air.

Its true that Media Matters helped engage in a campaign against Beck that had some impact. But to quote, without further context, Brock’s assertion that Media Matters “ultimately convinced Fox” to get rid of Beck shows a fundamental misunderstanding of Fox and its often quirky personalities.

Yes there was an advertising boycott primarily led by Color of Change, but there are a myriad of complicated relationships (and, yes politics) that went in to Beck’s announced split from Fox News. To assert that the decision was a direct reaction to Media Matters’ “convincing” of Fox News executives is almost a laughable conceit.

But maybe the most egregious journalistic faux pas was in Zengerie’s broad assertion that “over time, Brock and his group have come to be viewed as relatively responsible arbiters.”

Huh? As we have noted here at Mediaite, Media Matters has struggled to be taken seriously by anyone apart from their own loyal following. That is not to say that we do not trust their investigative pieces. We often do. But, as we have reported before, the vast majority of their stories fall on deaf ears because they are not viewed as responsible arbiters.

How does New York Magazine defend that assertion? By quoting well respected but also overtly liberal opinion journalist David Shuster who said: “They beat the shit out of me in 2008, but it was fair, and I made sure not to make that mistake again,” says Shuster, who was suspended from MSNBC that year for accusing Hillary Clinton of “pimp[ing] out” Chelsea. “Some people like to describe David (Brock) as a partisan, but I think of him as the consummate ombudsman.” While Shuster may believe that (and we happen to really like Shuster) that is hardly persuasive proof of Media Matters objectivity.

Finally the piece concludes with what may be the most absurd unchallenged statement of all where Brock is quoted near the end saying “A lot of what I think about is tolerance in the debate and trying to tamp down on the toxicity of it all,” and yet there may be no liberal media watchdog that is less tolerant and more toxic than Media Matters.

While Media Matters, and David Brock, certainly deserve some attention for becoming active participants in the opinion media landscape, the hagiography that is this week’s New York feature is not only off the target, but almost ridiculous. It is a shame that the essay dedicated to Media Matters wasn’t given the same careful thought and execution that was the complementary piece of Ailes. The decision to treat the two subjects differently is not only unfair, but it could be argued that it reveals a deeper bias by the editors at New York. Need more proof? Just consider the two images used for the subjects of the respective profiles.