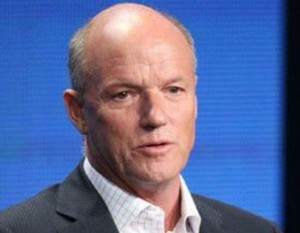 It’s not news that many presume MSNBC’s top dog Phil Griffin is in a perilous spot. After all, he has passively presided over a period of comparatively dismal ratings for the network and the small moves he has made have consistently seemed to backfire. Maybe most important, it took Comcast hiring back NBC veteran Andrew Lack to oversee NBC News and MSNBC for the cable net to even feel like a serious place for news at all.

Now the New York Post‘s Claire Atkinson is offering some specific speculation on Griffin’s demise. She points to the hiring of Janelle Rodriguez from CNN to oversee MSNBC dayside programming — a position that Atkinson had previously pointed out was Griffin’s primary job at this point.

Obviously, this sort of prognosticating must be taken with a grain of salt. After all, many have been prepping for Griffin’s MSNBC funeral for years now. But we can add to the story. Mediaite correctly reported this last year when Lack came in:

Mediaite has also been told that Lack is considering a total overhaul of MSNBC’s daytime programming.

That happened. In that same article we reported:

NBC insiders tell Mediaite that while Lack likes Griffin personally, he has serious questions about Griffin’s ability to effectively run a big cable network like MSNBC. And, so far, we hear, nothing Lack has seen has changed that impression.

That rings particularly true now in light of an underreported development at the network that was not mentioned in the Post piece, MSNBC’s hiring of respected news vet David Bohrman to help oversee MSNBC political coverage. At the least, Lack is bringing in a seasoned team to make Griffin completely dispensable.

Atkinson concludes her piece with a real head scratcher:

And what of Griffin? Our 30 Rock-ologists wouldn’t be surprised if he lands with former colleague Jeff Zucker at CNN. Just speculation, of course.

Of all the people who, at the least, suspect Griffin has been in over his head at MSNBC, its got to be his former boss Jeff Zucker. That doesn’t mean there couldn’t be a role for Griffin at CNN, but one would expect a serious demotion from where he is, or at least was, before Lack came back to fix the leaking MSNBC ship.