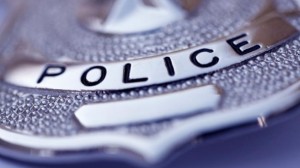 So the Oakland police department is going through a pretty bonkers series of scandals right now, with three police chiefs resigning in a little over a week.

How bad was it? This bad:

The Express has learned that the sexual-misconduct scandal involves more than just a few rank-and-file Oakland cops, but also high-ranking officials from departments throughout the Bay Area. A few committed statutory rape of the victim, who was an under-age sex worker at the time, and informed her of undercover police operations…

Both Whent and his wife became aware of the relationship between Guap and one officer before it became news.

So after Whent resigned, Ben Fairow was named interim police chief. Well, this past Wednesday (less than a week into his tenure), Mayor Libby Schaaf announced she’s firing him for unknown reasons:

“As mayor, I need to have absolute confidence that the leader of this department can be 100% effective at leading cultural change based on the current allegations that we take extremely seriously,” she said during a news conference at City Hall.

So Paul Figueroa was named interim chief after him. He was removed from the position yesterday. The department is currently under civilian control.

Oh, and then there’s the whole “racist texts” thing.

One of the texts reportedly featured the n-word and another featured a Photoshopped image of a KKK member on a cereal box.

Mayor Schaaf made it clear yesterday she’s cracking down hard:

“I am here to run a police department, not a frat house.” With that, she disclosed that her city’s department, already engulfed in a sex scandal, was also being probed for racist communications that were “wholly inappropriate and not acceptable for anyone who wears the badge of the Oakland Police Department”…

“I feel that this is an appropriate time to place civilian oversight over this Police Department, to send a clear message about not tolerating misconduct, and to root out what is clearly a toxic, macho culture,” Schaaf said.