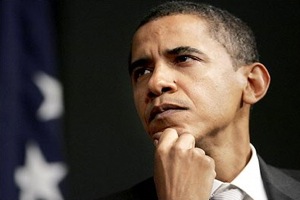 Chaos in Arizona, an oil spill the size of Rhode Island, and now this on the eve of the White House Correspondents’ Dinner: the National Enquirer published a story last night claiming that President Barack Obama was caught having an affair with a former campaign staffer at a Washington hotel, and they might have the tape to prove it. (UPDATE: Enquirer retracts video claim)

The Enquirer claims insiders have known about the scandal and are willing to pay some serious cash for the story, and they’re so sure of it that they’ve brought out the animated .gifs:

A confidential investigation has learned that Obama first became close to gorgeous 35 year-old Vera Baker in 2004 when she worked tirelessly to get him elected to the US Senate, raising millions in campaign contributions.

While Baker has insisted in the past that “nothing happened” between them, the Enquirer has learned that top anti-Obama operatives are offering more than $1 million to witnesses to reveal what they know about the alleged hush-hush affair.

The Enquirer is also promising hotel surveillance footage that could prove that Obama and Baker entered and left the hotel at the same time. “Investigators are attempting to obtain a tape from the hotel (that) shows Vera and Barack together… If the tape surfaces, it will explode the scandal.” The Enquirer does not specify the dates of the surveillance footage, which could mean they are merely touting a 6-year-old affair the Obamas and everyone around them have moved beyond it, but they could also be breaking something new. Or they are totally wrong or taking some bit of information completely out of context, which would hardly be shocking.

So that’s the kicker– whether the video evidence truly exists, and how old it really is. Yes, the fact that it is the National Enquirer reporting it makes the matter highly questionable, especially in light of their previous attempt at launching an Obama sex scandal. However, the last time the Enquirer broke a high-profile political sex scandal, many in the media were upset it didn’t win a Pulitzer Prize, which makes their claim at least worth reading over. Plus, the claim is simply too damaging for the publicity rewards to outweigh the risk of publishing such a falsehood– this isn’t exactly an Anderson Cooper adoption story— especially after the tabloid worked so hard to establish credibility over the past couple of years on this precise type of case. Somewhat adding to its significance and impact is the fact that the Drudge Report, whose success is directly attributed to breaking the Monica Lewinsky story in 1998, felt confident enough in its accuracy to give it prime real estate on the site.

As Rod Blagojevich would say, let’s not jump to conclusions until we’ve had a chance to review all the tapes– after all, without them, this wouldn’t be any more credible than the latest Brangelina rumor (which, if you’re interested, is that the twins have Down Syndrome). That said, a story of this category is no longer the joke it once was in the post-Rielle Hunter world, and if this is something more than a publicity campaign on behalf of the tabloid, could prove to be problematic.

*Note: this piece has been updated since publishing