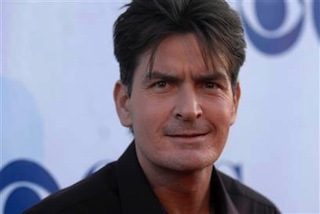 Sigh. Is questioning the President’s validity like the new “get a reality show” for washed up celebrity has beens? Seriously, name any celebrity D-lister out there who desperately wants a taste of that sweet C-list glory and chances are good that they’re wandering around, yelling about birth certificates, and hoping there are cameras present. God, this is even worse than when the cool thing to do in Hollywood was obsessively kiss Obama’s ass. Anyway, here’s a news story that combines two of my favorite topics: Charlie Sheen and Birtherism. Allow me to expend the effort for which it is due.

“Normally reserving his criticisms for his former bosses at CBS and his ex-wives, Sheen went after President Barack Obama, questioning the validity of his birth certificate, while toying with his own ideas about running for office.

‘For starters, I was f**king born here, how about that? And I got proof! Nothing Photoshopped about my birth certificate,’ Sheen said.

According to the Post, Sheen’s comments brought cheers from the 3,700-seat venue in Washington, D.C.”

There. You got it? Blah.