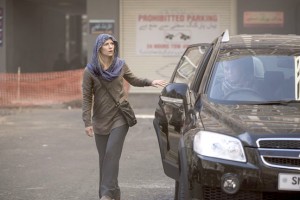 Call it the North Korean effect, as the fear of free speech advocates (See: Everyone) who slammed Sony for initially pulling The Interview appears to be coming to fruition. And right on cue, Pakistani officials are now furious over Showtime’s depiction of Islamabad in the Claire Daines hit, Homeland.

According to Pakistani diplomats who recently binged on the 4th season of the show–which primarily took place in a fictional version of Pakistan (it was actually filmed in Cape Town, South Africa)– the show apparently didn’t feature enough greenery in its portrayal the Pakistani capital. Officials also felt the capital didn’t look Spring-Break-friendly enough (bombings, shootouts) as the show’s focus turned to a Taliban leader with the unique ability to raid a major U.S. Embassy without detection and kidnap a former CIA Director (the great Mandy Patinkin). Pakistani officials even went so far to complain directly to Homeland producers, who ignored said complaints.

“Maligning a country that has been a close partner and ally of the U.S. is a disservice not only to the security interests of the U.S. but also to the people of the U.S.,” Pakistan Embassy spokesman Nadeem Hotiana told The New York Post.

If you watched Season 4, you would know most Pakistani intelligence officials are characterized as duplicitous and basically evil while being in cahoots with the Taliban behind the scenes. But the ire with the show appears to equally be about the way Islamabad is presented.

“Repeated insinuations that an intelligence agency of Pakistan is complicit in protecting the terrorists at the expense of innocent Pakistani civilians is not only absurd but also an insult to the ultimate sacrifices of the thousands of Pakistani security personnel in the war against terrorism,” a source whose name was withheld told the Post. “Islamabad is a quiet, picturesque city with beautiful mountains and lush greenery,” another source explains. “In Homeland, it’s portrayed as a grimy hellhole and war zone where shootouts and bombs go off with dead bodies scattered around. Nothing is further from the truth.”

So what happens next? This is nearly 2015, not 1985. Political correctness is far more prevalent and influential today. Fact is…many countries have whined about alleged inaccurate portrayals in our films and TV shows. But in this new age of political correctness, the complaints are taken more seriously.

So does Vladimir Putin demand that Rocky IV be re-edited and re-released because the movie depicted the Soviet Union as too snowy and in possession of more HGH than A-Rod and the WWE? Should Ivan Drago win at the end instead? (how Balboa survived those 174 haymakers to emerge victorious in the final round is admittedly a legitimate gripe). Putin is probably also saying as you read this, “Wait…you’re telling me a packed house in Moscow would turn on its own fighter–with the entire Politboro, Gorbachev and half of the Soviet army on hand–and cheer Rocky as the fight turned in the later rounds? Nyet!” And how about Back to the Future I? The Libyans are depicted as comical terrorists who come to Hill Valley to kill Doc Brown for stealing their plutonium to power his time machine instead of using it to build them a bomb (using pinball machine parts instead). You have to think they’re not thrilled with that scene of their terror van (a powder blue Volkswagen, no less) clumsily crashing into a Fotomat being passed down generation to generation, right? 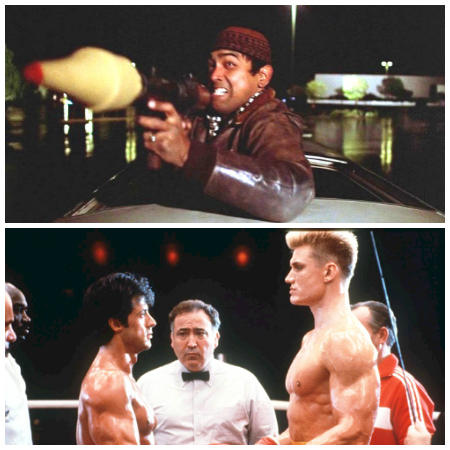 An American production company presents a story of Americans overseas and casts the host country in a negative light. North Korea, Pakistan…doesn’t seem to matter anymore. All of our content is seemingly scrutinized and criticized as insensitive and inaccurate.