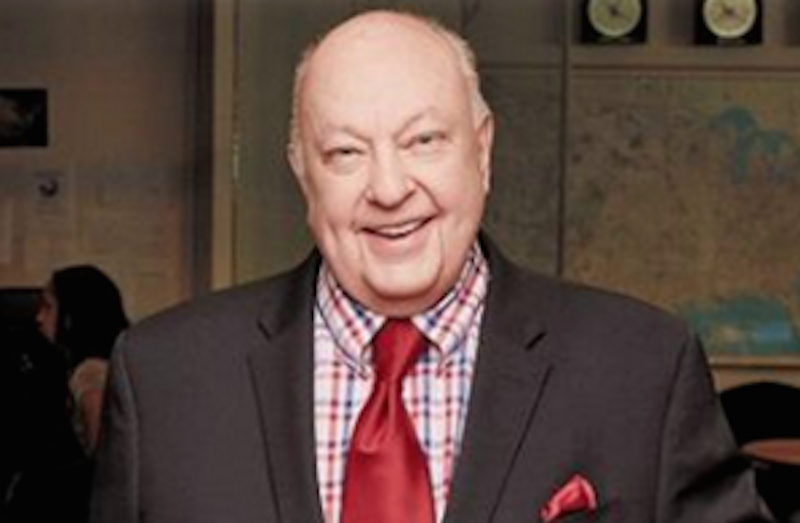 Roger Ailes has left a considerable void in the world of political news media, and the reactions to his death are resounding across the Twitterverse.

The former Fox News chief died at age 77 on Thursday morning, and the news has sparked a flurry of coverage on his old network and beyond. Fox News became a media powerhouse under Ailes’ leadership, but depending on your views, Ailes’ impact has inspired as many sociopolitical followers as it did enemies:

Love and prayers to Beth and Zach. R.I.P Roger – you changed television as we know it. https://t.co/1vjhGFQaDc

OMG #RogerAiles is gone, devastating news, & Erica & I send our condolences to Beth, their son Zack & the entire family. He was a great man

Today America lost one of its great patriotic warriors. Roger Ailes. For Decades RA’s has impacted American politics and media.

Roger Ailes founded one of the most important and successful media outlets in American history. I will miss his friendship dearly. RIP.

4/4 The good Roger did for America is immeasurable. May he rest in peace.

Whatever Roger Ailes’ flaws and misdeeds, his loved ones are in pain now. May he RIP and they find peace as well.

It seems that we are in the era of non-stop breaking news. My heart can barely handle it. https://t.co/AJV0fglVQZ

Some people decided to simply reflect on the fact that Ailes had a colossal impact on the media and political discourse.

Ailes was a political and media genius. Some light, some dark, but undeniably a genius and consequential in politics and media.

It is not an overstatement that without Roger Ailes, there is no Donald Trump

For better or worse & the ignominious end 2 his reign at Fox News, the impact of Roger Ailes on American politics & media was indisputable.

And then, there were those who made it clear that they still despise Ailes for his sociopolitical machinations and for the sexual harassment scandal that resulted in his expulsion from Fox News.

Ailes’ media genius was realizing that talk is cheap — and compelling — while facts are expensive. He made a business from cheap talk.

Roger Ailes behaved egregiously toward women in his organization and changed our culture for the worse, making people dumber and angrier.

Looking forward to the sanctimonious lectures about how we should commemorate the death of a predatory monster https://t.co/7bpPJuG6yi

Yes, Roger Ailes was a TV genius. He also had an apparently monstrous personal life and nasty, dangerous editorial instincts.

Roger Ailes has died. Wow. Sending deep and heartfelt condolences to everyone who was abused, harassed, exploited, and unjustly fired by him

The man who headed for years the tv network that despicably demonized Muslims died today.