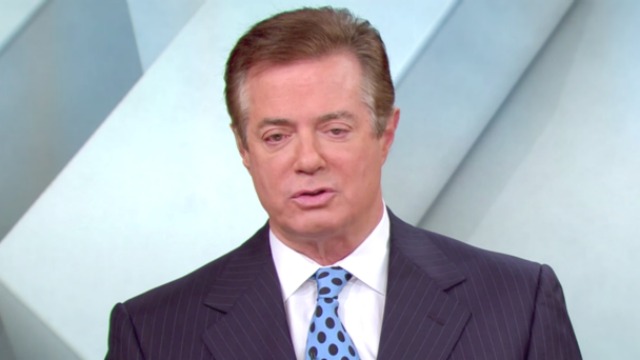 Great American artist Chief Keef one wrote the timeless lyrics: “Damn, I hate bein’ sober” — words that former Trump campaign official Paul Manafort may have to live by, as his Thanksgiving homecoming and temporary leave from house arrest have a no-alcohol stipulation.

Manafort and President Donald Trump associate Rick Gates — who both pleaded not guilty after being indicted for money laundering, conspiracy, and other criminal activities — have been allowed to spend the holiday with their families under the proviso that they will be tracked by GPS, report their whereabouts to officials, and abstain from drinking.

While the location-based stipulations are self-explanatory, BuzzFeed News reports federal officials did not add details to the alcohol rule. Manafort and Gates have been under house arrest since October 30, as they have not agreed to any bond deal and are only allowed to leave their respective locations for medical needs, religious reasons, and legal purposes.

Additionally, special counselor Robert Mueller — who went after the two Trump allies in his probe into Russian election tampering — has stated the men pose a “serious” flight-risk. “The defendants pose a risk of flight based on the serious nature of the charges, their history of deceptive and misleading conduct, the potentially significant sentences the defendants face, the strong evidence of guilt, their significant financial resources, and their foreign connections,” explained Mueller.

So unless they actually flee the country or break their deal with the federal judge, Manafort and Gates will endure Thanksgiving family-time completely sober — so pour one out for the two Trump lackeys this Thursday.