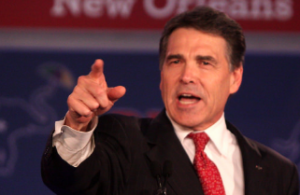 Right now on Fox News’ website, the top opinion piece is Governor Rick Perry‘s “The truth about ‘American Sniper’ Chris Kyle.” He wrote it in response to the recent news that Chris Kyle of American Sniper fame lied about the number of awards he had. While it’s true he was an exceptionally gifted soldier and did get many awards, in the military, lying about the number is an extremely dishonorable thing to do, which is why the Intercept ran their piece.

Perry was not happy to read that report and he has now lashed out at the Intercept by saying the writers responsible work for a “leftwing publication whose only knowledge of the military was likely acquired while Googling derogatory slogans to scrawl on protest signs.”

He also called the gap of understanding between military personnel and non-serving citizens “a gutter in which liars and character assassins slither.” Since there are three conflicting accounts of how many medals Kyle really got, that seems true enough.

He suggested that the report was a product of a disinterest in and disdain for the military that stems from the presidency of Barack Obama, then called on readers to demand a retraction, although he did say that the information released by the “seemingly indifferent” Navy under a Freedom of Information Act request was accurate.

This is sure getting complicated. What do you think? Is a retraction in order?