At a pep rally in Foxborough, MA prior to departing for Super Bowl LIII in Atlanta on Sunday, New England Patriots quarterback Tom Brady delivered a message to his detractors.

KDKA, Pittsburgh’s CBS affiliate, played the comments from the New England pep rally during their Monday afternoon local news broadcast. And an unnamed employee got a little — let’s say, creative — entering the text for the chyron. 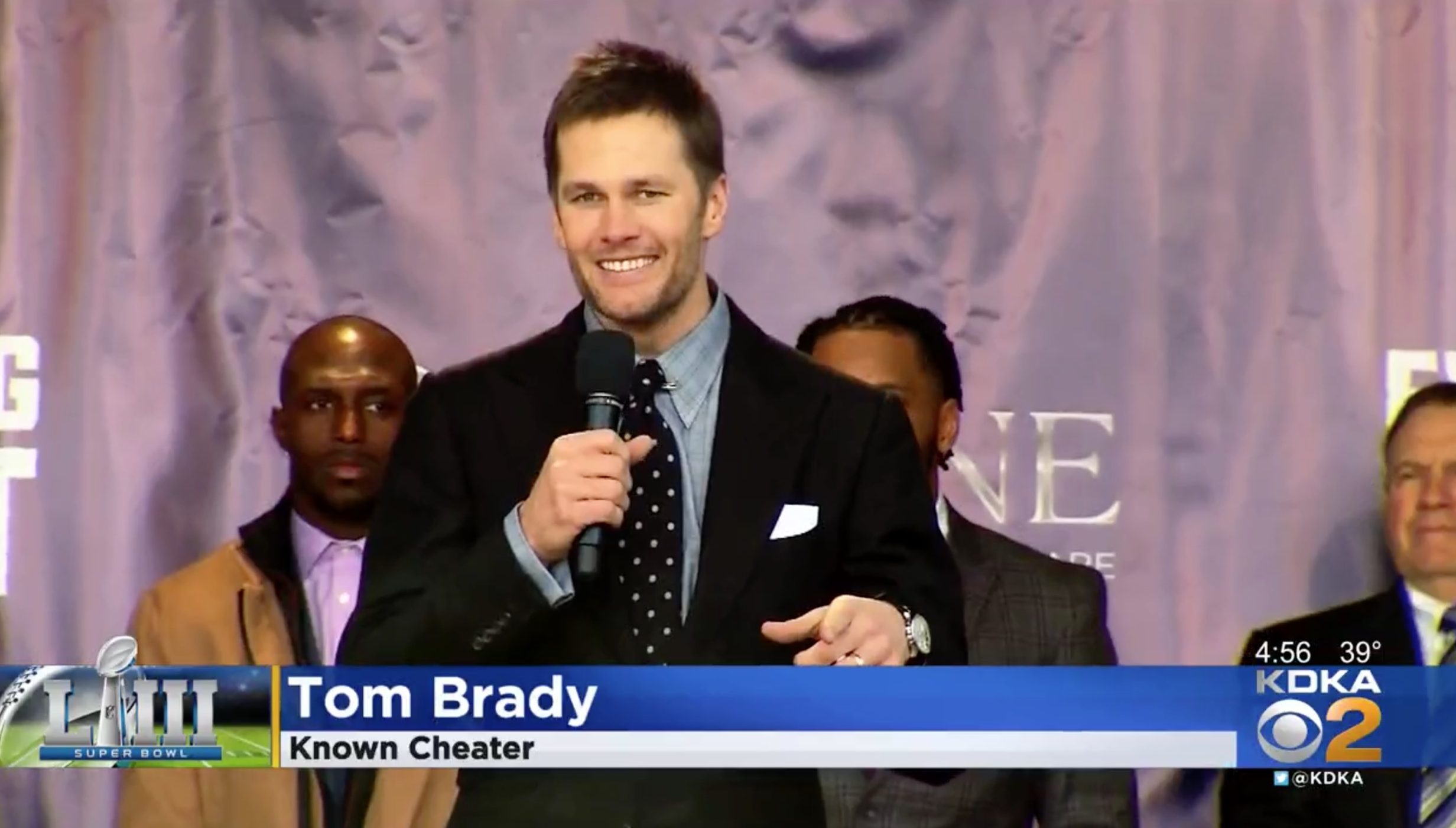 The designation, of course, was a callback to the deflategate scandal in 2015 for which Brady was suspended four games.

Unfortunately for the KDKA employee, their penalty is much more severe. Sports Illustrated reports that KDKA has fired the staffer.

“While fans are entitled to have personal opinions, we have a journalistic responsibility to provide unbiased reporting,” the station told SI. “The graphic that appeared Monday violated our news standards. The individual who created the graphic no longer works for KDKA-TV.”

We can guess who the employee will be rooting for this Sunday.

Watch above, via KDKA.