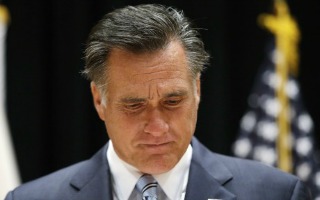 With just hours remaining before Americans head to the polls on Tuesday, the consensus in the political media has coalesced around the notion that President Barack Obama is headed for reelection. Unsatisfied with the tradition of waiting for all the ballots to be cast and counted, some are already engaging in postmortem assessments of Mitt Romney’s candidacy and the future of the party he presently leads. “Civil war” is the prognosis for a defeated GOP, but the instinct to predict internecine conflict among Republicans after their loss is not unique to 2012. Some in the press predicted a similar condition for a post-2008 Republican party. Forecasting a civil war then, as now, is misguided.

Predictable as the sun’s daily crest over the horizon each morning, POLITICO published the first – albeit premature – assessment of the state of the Republican party in the wake of a defeat on Tuesday. The publication examined the fallout if President Barack Obama or Mitt Romney loses tomorrow, but they also detailed the coming Republican “civil war” extensively in a separate post should Romney lose.

The themes of the article are familiar – moderate vs. conservative wings, fiscal vs. social, Tea Party vs. establishment, et cetera. It is a detailed report with quotes from a number of prominent Republican sources, but the conclusion is a tired and familiar one.

The same prediction was made in the Sunday Telegraph in 2008; quoting sources like David Frum, David Brooks and Ed Rollins, the party’s intelligentsia was braced for internal conflict in the wake of their defeat. In 2008, this prediction proved dead wrong. It has yet to be determined if POLITICO’s resurrection of this projection will also prove incorrect, but history should serve as a guide when making this seemingly-aspirational assessment.

None could have predicted the Republican party’s resurgence in November, 2008. The party was decimated – they had suffered historic electoral rebukes in two consecutive election cycles. The GOP’s public image had tanked, and their bench of officeholders who could be fielded in future cycles was decidedly limited.

Furthermore, the ideological factions within the party seemed destined for conflict. The moderate, establishment wing of the GOP that had backed Sen. John McCain’s (R-AZ) bid for the presidency appeared chastened by their loss to President Obama. Grassroots “movement conservatives,” emboldened by McCain’s choice of Alaska Gov. Sarah Palin, now had a champion. That wing of the party appeared poised to mount a serious challenge to the establishment for supremacy. “Civil war” appeared imminent.

Then events took a strange turn. Barack Obama’s presidency overreached in their legislative aims and outsourced the details of those legislative goals to the Democratic party’s divisive Congressional leadership. Obama’s governance gave birth to the Tea Party – a movement which grew in strength and eventually evolved into an organized political force. Rather than fight this new burst of grassroots enthusiasm, the weakened Republican party’s leadership embraced the Tea Party and those nominees who bested establishment candidates in party primaries. The “civil war” was deftly avoided.

Strikingly, a search in the archives reveals few stories about the Democratic party’s impending “civil war” following their historic losses in the 2010 midterm elections. One could argue, however, that a civil war is precisely what followed that defeat.

After Congressional Democrats lost control of the House following just four short years of control (made all the more frustrating because many Democrats consoled themselves that Republican domination of the House from 1995-2007 was a historical anomaly), House Minority Leader Rep. Nancy Pelosi (D-CA) faced a mutiny from within her own caucus when it came time to determine whether the former Speaker should retain her leadership position.

Moderate Rep. Heath Shuler (D-NC) received 19 votes from his fellow Democrats who chose not to support Pelosi for another term as the party’s leader in the Lower Chamber. The Democratic party’s leadership was also forced to invent a new position for Rep. Jim Clyburn (D-SC), calling him “Assistant Leader,” in order to avoid an embarrassing conflict between him and then-Majority Leader Rep. Steny Hoyer (D-MD). Had the party not held the White House, always a steadying force, it is not hard to imagine a broader battle within the Democratic party between progressive and moderate factions.

If that sounds like “civil war” to you, then you are simply not cut out for a job in political journalism (Unless you are Michael Barone, who noted the term “civil war” is reserved almost exclusively for Republicans in 2010).

It will not be long now before the results of the 2012 elections are known to all – only then, after the dust has settled, can a firm assessment of the political fallout from defeat or victory be fully understood. It is difficult to see who benefits from premature analysis like POLITICO’s, save for those bitter partisan Democrats hungry for stories of internal bloodletting from within the Republican party. If POLITICO’s goal was to sate Democrat’s desire for schadenfreude, I’m sure they succeeded.