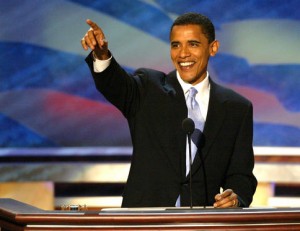 He may be a divisive figure here at home, but has President Obama greatly increased the opinion the rest of the world has of America? That’s what a new poll seems to be saying. The BBC is reporting that the poll, which asked people around the world to rate the influence of different countries as either “positive” or “negative” has found America finally breaking into the positive side. This is the first time the country has scored highly since the poll’s inception in 2005. Analysts were quick to speculate that the global community must share Russian President Dmitry Medvedev’s views that America has benefited from the election of a “thinker”.

From the BBC article:

The rest of the results weren’t particularly surprising. Iran and Pakistan were considered the most negative while China continued the slow downward trend its been making the past few years. Germany, a country who has had to overcome a much larger PR problem than an unpopular Bush administration, remains the highest viewed country. But the enormous upswing for America is the real story here and Steve Krup, the director of one of the groups who conducted the poll, gives all the credit to the new president.

“‘After a year, it appears the ‘Obama effect’ is real. Its influence on people’s views worldwide, though, is to soften the negative aspects of the United States’ image, while positive aspects are not yet coming into strong focus.’
He added: ‘While China’s image is stuck in neutral, America has motored past it in the global soft-power competition.'”

Critics of Obama will assuredly read these results as a negative, claiming them proof that the read of the world views Obama as weak and only like him as such. However, both these people and their opponents on the left will be missing the real variable that could have affected the poll. When people were asked about their feelings on Obama, they might have accidentally been thinking of the Obama Entertainment Club. That would have definitely skewed their answers. Who doesn’t like a swinging Shanghai nightclub?