President Trump is Reportedly Listening to Falsehoods About Birth Control 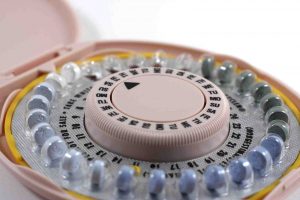 According to a Monday report by the New York Times, a White House domestic policy aide and senior lawyer at the Department of Health and Human Services are using scientifically disproven misinformation to push for the repeal of the Affordable Care Act’s contraceptive mandate.

Katy Talento, a policy aide and “special assistant” to President Trump on health issues, has dedicated her career to spreading to provably false lie that birth control pills can cause cancer, infertility, and miscarriages as a former aide to aide to Senator Thom Tillis, a Republican representing North Carolina, while Matthew Bowman, a top lawyer under Health and Human Services Secretary Tom Price, actively fought mandates for insurance plans to cover contraception for religious institutions.

Of course, rumors have been swirling for months now that the Trump administration was working to undo the Obamacare mandate that has allowed thousands of low-income women to access free and affordable birth control on the basis of “religious freedom,” but news that this decision is also being informed by lies and misinformation is particularly unsettling.

On top of granting women more academic and professional options, in addition to more economic security, the contraceptive mandate has also provably made American women healthier. According to Women’s Health, birth control pills “help with a host of health issues — like alleviating PCOS and endometriosis, calming PMS and acne, and,” contrary to Talento’s claims that birth control pills can cause cancer, research has shown that it “[lowers] your risk of ovarian cancer.” And that’s not a matter of liberal bias to pressure more women to become sexually active and start taking the pill — it’s a matter of objective science.

So often in our public debate about the contraceptive mandate, we’re discussing the politics and legalese — is it constitutional to require religious institutions to provide women access to a health care service they morally object to? On the flip side, is it constitutional to deny women access to a medical service crucial to ensuring their bodily autonomy on the basis of one’s personal religious beliefs?

But when we discuss birth control coverage from the angle of constitutionality, we’re leaving out one critical focus — women’s health. Former Georgetown law student Sandra Fluke testified before Congress in 2012 for the contraceptive mandate that she’d seen her female friends hospitalized as a direct result of lack of access to birth control.

And that’s why it’s so alarming that utter lies about birth control and its purported health hazards are informing the decisions of this presidential administration, which already has an established reputation for operating on “alternative facts.”

“There are other ways to avoid pregnancy and to space children’s birth if necessary and appropriate, if a family or a woman wants to do that,” Talento told the Times. “You don’t have to ingest a bunch of carcinogens in order to plan your family.”

“The longer you stay on the pill, the more likely you are to ruin your uterus for baby-hosting,” Talento wrote in The Federalist, a conservative publication, prior to her work with President Trump.

There’s a real and distinct possibility that thousands of American women could lose access to affordable birth control for no reason other than the lies and bizarre, ideological fantasies of one woman. Just as misinformation and political prejudice by the right wing have decimated abortion access in recent years, it looks like that same misinformation and prejudice could soon have the same effect on birth control access.