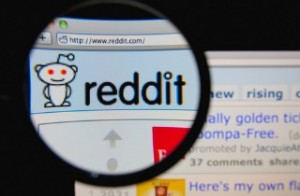 Reddit made an announcement today that they would start to clamp down their “most toxic users” in an effort to stop online abuse.

Chief Executive Steve Huffman put out a statement today where he apologized for editing negative comments on the pro-Donald Trump subreddit r/The_Donald. While Reddit typically makes it a rule to not edit or censor comments, Huffman said that hundreds of r/The_Donald commentators have manipulated site functions in order to push posts that antagonize the broader online community.

“I want Reddit to heal, and I want our country to heal, and although many of you have asked us to ban the r/the_donald outright, it is with this spirit of healing that I have resisted doing so. If there is anything about this election that we have learned, it is that there are communities that feel alienated and just want to be heard, and Reddit has always been a place where those voices can be heard.”

While Reddit usually entrusts volunteer moderators to manage their communities, Huffman said that the site would take greater measures to reduce the recent increases in abusive behavior. These measures will include temporary or permanent bans for rule-breakers, and a modification of the site’s “sticky” feature that will prevent trolling and harassment from being inserted into the r/all section for popular content.

“We will continue taking on the most troublesome users, and going forward, if we do not see the situation improve, we will continue to take privileges from communities whose users continually cross the line—up to an outright ban.”

Several major social media sites have launched measures to address trolling and cyberbullying. Facebook announced that they would take action against the circulation of fake news, and Twitter has been cracking down on accounts associated with the alt-right.