REPORT: Megyn Kelly Might Be Considering a New Gig With ABC 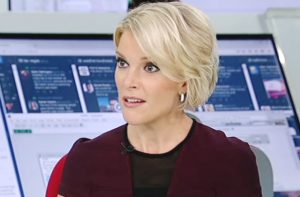 Rumors continue to swirl about whether Megyn Kelly will stay with Fox News, as a new report suggests that she might be considering a transfer to ABC.

Between her election coverage, her new book, and the details she revealed about Roger Ailes, 2016 has been a major year for the host of The Kelly File. Kelly’s contract with Fox is scheduled to expire midway through 2017, and though the network offered her a renewed contract for $20 million a year, Vanity Fair picked up on discussions which suggest that ABC is trying to entice her to join them.

“Within the last month, according to a person familiar with the discussions, ABC has renewed, and perhaps sweetened, its effort to woo Kelly,” wrote Sarah Ellison. Kelly has reportedly been discussing job opportunities with multiple networks, but Ellison did talk with Kelly’s spokesperson, Leslee Dart, who told her that no solid offers have been put on the table yet.

“When I asked about the possibility of an offer, a Disney-ABC Television spokesman told me, ‘As much as we appreciate and admire Megyn Kelly’s talents, this is simply not true. There has never been an offer of any job, and therefore there is nothing that could be sweetened. End of story.’”

The rumor comes shortly after Drudge Report claimed that CNN chief Jeff Zucker was talking with Kelly about getting her to join his team. Kelly later pushed back on this, tweeting that people shouldn’t believe what they hear until it comes from her directly.