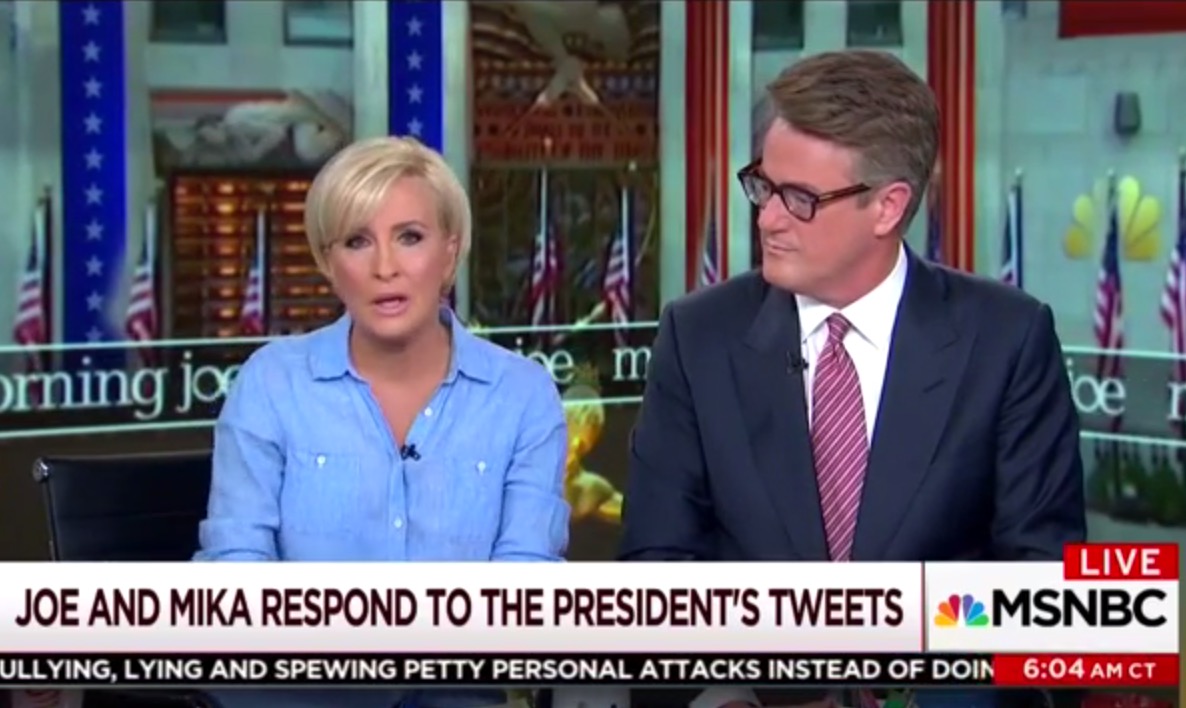 Morning Joe co-hosts Mika Brzezinski and Joe Scarborough accused White House officials — first in a WaPo editorial, then on-air — of attempting to blackmail them into softening their coverage of President Donald Trump’s administration.

According to the MSNBC anchors, senior officials reached out to them to offer their help in spiking a disparaging National Enquirer story, on the condition the pair call Trump to grovel for the favor and pledge to ease up on their adversarial coverage.

Trump contested that accusation in a tweet, claiming Scarborough had called him to ask the Enquirer story be spiked.

Now, two reports — one from New York magazine, the other from The Daily Beast — are providing a more nuanced account of the conversations between the White House and Morning Joe.

For New York, Gabriel Sherman reports that Scarborough and Brzezinski were concerned, around March, about an Enquirer story breaking news of their affair, and reached out to Jared Kushner for help:

In mid-April, Scarborough texted with Trump son-in-law Jared Kushner about the pending Enquirer story. Kushner told Scarborough that he would need to personally apologize to Trump in exchange for getting Enquirer owner David Pecker to stop the story. (A spokesperson for Kushner declined to comment). Scarborough said he refused, and the Enquirer published the story in print on June 5, headlined “Morning Joe Sleazy Cheating Scandal!”

The Daily Beast report is based on accounts from White House officials who naturally tried to paint a more innocent picture, but confirmed Kushner and Scarborough communicated about the Enquirer piece:

According to these officials, Kushner and Scarborough had spoken “many weeks ago” regarding a then upcoming negative Enquirer article on Scarborough and Brzezinski. Scarborough had “calmly sought” advice from Kushner, who “recommended he speak with the president.”

Per one White House official:

“This is getting blown up on Twitter and elsewhere as some kind of blackmail operation,” one of the officials, who spoke on the condition of anonymity in order to speak freely, said. “The truth is far more mundane. In this case, Joe was talking to Jared about his [bad] relationship with the president and a Enquirer hit piece he was uneasy about.”